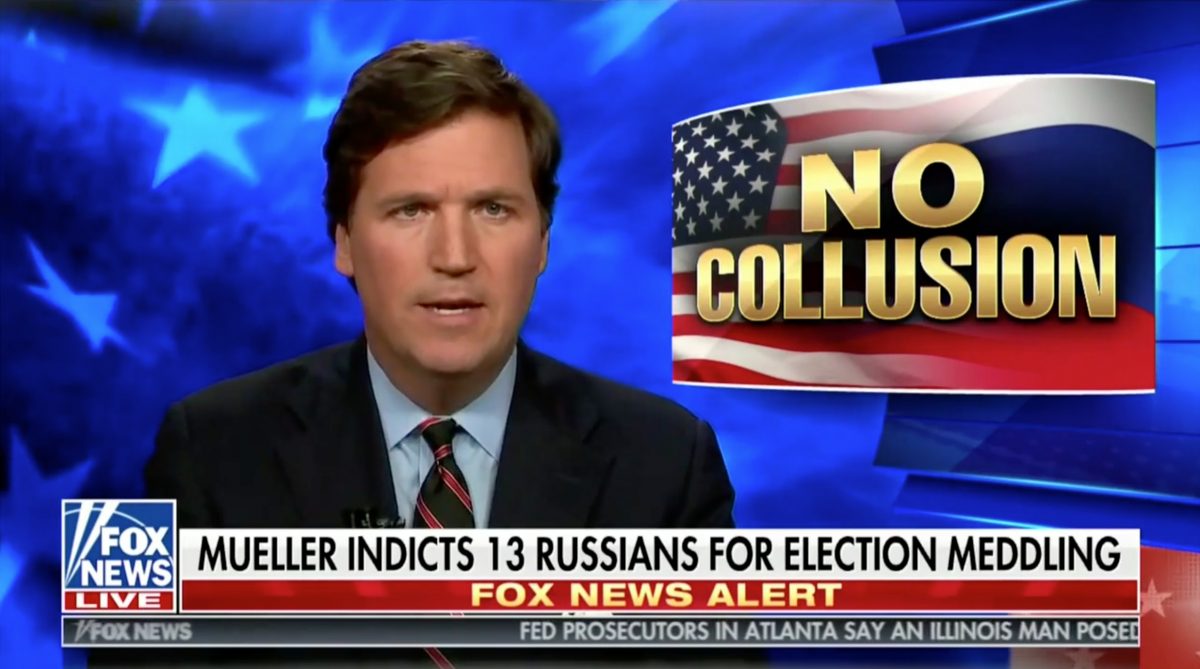 I see the special counsel’s investigation into Russia’s meddling in the 2016 presidential election as Robert Mueller slowly painting a giant mural from the edges of his canvas and working towards the center, with all of us guessing as to what the final product will reveal when he’s finally done. Through that prism, in the last few days we have gotten to see several more important brush strokes, but where it is all really going is still mostly a mystery.

Opinion on the Russia probe has now become extremely divided, with the two basic sides entrenched in their own realities which have almost nothing in common. The left seems convinced that Mueller is the process of removing Trump from office, maybe even putting him and his family in prison, and eradicating the cancerous polyp from our collective faces that is the result of, what is to them, a catastrophic election. Trump supporters see the investigation as witch hunt designed to stage a coup against Trump while protecting the real criminal in all of this, Hillary Clinton.

As a conservative who loathes Trump as a person, I have been wavering somewhere in the middle of these two groups. If only because their theory is far less insane, I have gravitated more towards the former group, while being VERY cautious about how many of the so-called experts who have gotten large followings on Twitter are TOTALLY invested in their preferred result of Mueller’s mural.

Confirmation bias is both very real and dangerous. We should all be very hesitant to believe media analysis based on fragments of information which just happen to fit perfectly with the self-interest of the commentator, while giving their audience exactly what they want to hear.

I have never doubted that Russia attempted to influence the election. It was pretty obvious to me even during the election that some HIGHLY suspicious things were happening. I have even laid out a pretty compelling case that these efforts were the difference in Wisconsin and Michigan (which, to be clear, technically did not impact the result of the election).

What I have never been sure of was how much the Trump campaign, and Trump himself, were actually involved in this plot. Part of the hesitancy to accept that there was “collusion” is the utter insanity of the charge and brazenness of the act itself. With any other president the entire concept would just be too audacious to even seriously consider. Of course, we have already learned that when it comes to Trump, the normal boundaries of presidential behavior are simply not relevant.

Friday’s indictment by Mueller of 13 Russians was seen by Trump and his supporters in the state-run “conservative” media as a bizarre vindication for their claims that there was no “real collusion” with Russia. When your own people are now saying that it is clear Russia meddled after you have never accepted that claim, and the indictments say your own people did “unwittingly” collude with Russia, but were just too stupid to realize what was happening, that sure doesn’t sound much like “winning.”

But obviously the entire Trump phenomenon is a testament to the awesome power of creating extremely low expectations.

It is quite possible that these most recent indictments are indeed completely consistent with Mueller’s mural not ultimately implicating Trump himself or concluding that there was a campaign conspiracy with Russia. I have always maintained that it is possible that the Trump team was just colossally incompetent/corrupt and that they panicked when the investigation began out of fear of the boss’s great victory being delegitimized and what might be found out about his finances.

However, by no means is an even more nefarious narrative off the table. While Mueller has yet to publicly produce any evidence at all of “collusion” (something which should indeed concern those already invested in that conclusion), a closer look at how the Trump team has responded to this entire issue provides plenty of evidence which points to that possibility.

Here are just some of the things for which no rational explanation has been given and which are totally consistent with the worst possible interpretation of what really happened here:

We still don’t know what really happened here and we won’t at least until Mueller’s mural is complete. Unfortunately, the evidence is overwhelming that no matter what that final painting looks like it, almost everyone will still see only what they want to.