The News Media’s ‘Jussie Smollett Problem’ is Far Bigger Than Just Him, and It’s Helping Trump 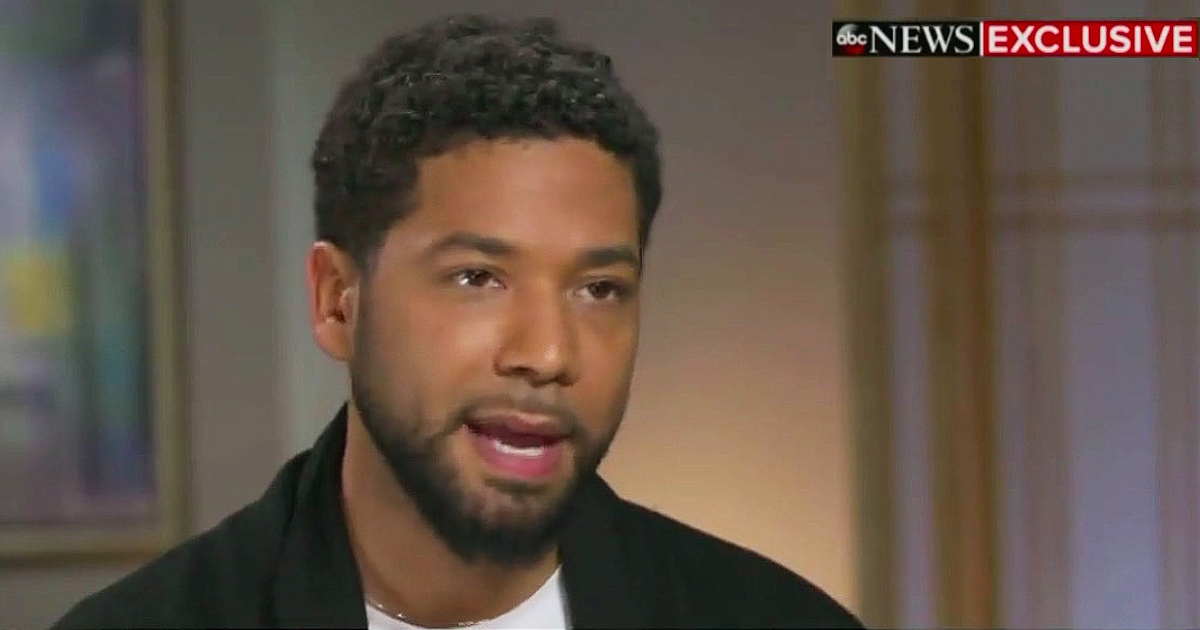 Last night, the dam of media protection for Empire actor Jussie Smollett finally broke, as major news outlets suddenly decided it was safe to report that police strongly believe, backed by evidence, that his story of being a victim of a Trump-motivated hate crime is false.

While his high-priced lawyers are still desperately playing the victim card, it appears that Smollett paid the two Nigerian brothers who “attacked” him (and whom he clearly knows) in a conspiracy to create a hoax.

This is a fraud in which the mainstream news media might as well have been an unindicted co-conspirator. They, along with kindred spirits within the top ranks of the Democratic party, instantly went all in on supporting Smollett’s always implausible claim, subjecting it to basically zero scrutiny.

Since Smollett is black, gay, very anti-Trump, a celebrity, and, at least at that time, a hate-crime victim, whatever ability liberals may have had to see through his inherently absurd story was immediately stripped away. Those qualities, creating what I refer to as Smollett’s “Political Correctness Force Field,” acted like Kryptonite on the power of liberals to see what was always very obvious to us who are not blinded by the biography of the person making an allegation.

Before the media narrative dramatically changed, I wrote three columns pointing out the very clear problems with Smollett’s story, eventually making the case that everyone had been duped by Smollett. It did not require a whole lot of sleuthing on my part to figure out his story was wasn’t true. It only needed a modicum of common sense, and a lack of fear of being politically incorrect, which are two qualities in dangerously short supply among the mainstream news media.

This is hardly the first time that I have sniffed out clearly false stories where the national news media was too in love with the narrative to even properly examine it.

My favorite, which had a lot of the same red flags as Smollett’s hoax, was the viral story of a Santa Claus who claimed to have cradled a dying boy in his arms as he gave him a final Christmas gift. That absurd narrative instantly crumbled like one of Santa’s uneaten cookies left out over Christmas Eve, partly because even Santa didn’t have as much of a PC force field protecting him as Smollett did.

Here is a handy math equation that I use on these types of stories, which I highly recommend for the news media so that they don’t keep falling for such obvious bullcrap…

The real problem here is that this issue of media gullibility–at least when it fits their agenda, or a narrative they like—is much larger than the relatively minor ramifications of reporting a false story about Santa Claus, or a mostly unheard of TV actor. There have now been a series of these types of mishaps, specifically dealing with President Trump.

I strongly believe, as do the vast majority of conservatives, that the >allegations against Brett Kavanaugh were totally false and that the news media embarrassed themselves in that nightmare. You could make a strong argument that Smollett’s fraud further destroys the case against Kavanaugh because the entire argument on behalf of his primary accuser, Christine Ford, was that a prominent person would never tell a false story about being assaulted, especially not in such a public way.

The media also badly blew it in the “Covington Catholic” fiasco. Trump fans most definitely do not see it as a coincidence that in all three of these cases the news media clearly sided with the anti-Trump figures in the story and that, in all three situations, at least in the minds of “conservatives,” they were absolutely 100% wrong.

This loss of credibility has huge ramifications for the media’s ability to be taken seriously by Trump fans on nearly any other issue involving him. As I tweeted last night (to which I received a remarkably strong response), the news media, by lunging after these false anti-Trump narratives like spastic teenage boys with major impulse control issues, may even be unwittingly paving the path for his reelection.

Next time you’re baffled about why Trump supporters don’t believe a damn thing you report about the Russia scandal, please think back to how you handled Brett Kavanaugh, “Covington Catholic,” & Jussie Smollett… & then please blame yourself when Trump is re-elected.