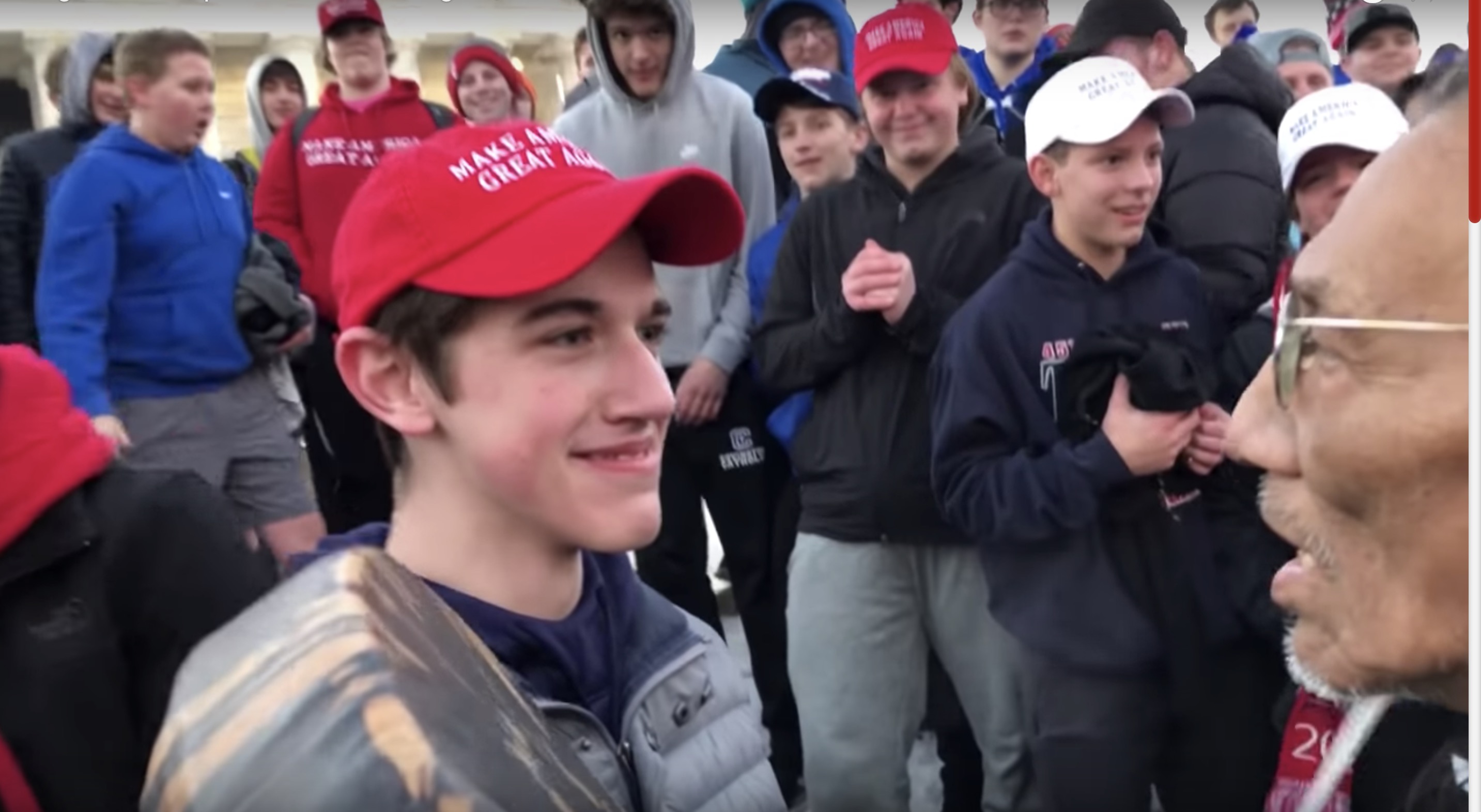 This is an era in which our news cycles are dominated on a near-hourly basis by a man-child who appears, at times, to be a legitimate moron, all because he somehow got elected president of the United States. Consequently, over the past few years, an unprecedented number of incredibly stupid stories have ended up capturing the full attention of the National Media Industrial Complex.

Even in these crazy times, however, we have never seen anything as downright dumb as the so-called “Covington Catholic” story, which somehow manages to get even stupider with each passing day, somehow failing to ever fade away. In fact, this story is so ridiculous, at nearly every level of its overt absurdity, that I originally intended this column to be a parody of it.

I quickly realized that such an effort was doomed to failure, however. It is just simply impossible to create a caricature of something which is already about as comically ludicrous as possible.

This was never a legitimate news story to begin with. No one was hurt, and no one was even physically attacked. Nothing at all significant actually happened, and, a week ago, none of the people involved would have even been interviewed by a television network unless they had lit themselves on fire in front of the White House, while Trump watched through the gates, munching on popcorn.

If Nick Sandmann, the student from Covington Catholic High School in Kentucky who was part of the key face-to-face “confrontation” in front the of the Lincoln Memorial, had not been wearing a red MAGA hat, the original video would get a few thousand social media views. If Sandmann was not wearing the hat, and also was not a white male, it’s unlikely anyone would even bother to post the episode online.

If Nathan Phillips, the adult male who stepped into Sandmann’s space while beating his drum, was not a Native American who reminded liberals of the majestic Indian who shed a tear in those famous anti-pollution commercials from the 1970s, the video would never go viral and news outlets would never feel compelled to cover this non-event. If the Covington Catholic kids were not pro-life and from Kentucky, there would be no gasoline poured on the original brushfire of what looked like something no more dramatic than the prelude to a Florida/Florida State football game (I vividly remember covering an execution at San Quentin over a decade ago and being accosted by professional liberal protestors while doing my talk show in a way that was far more outrageous than anything the Covington kids did. The mainstream news media there responded by literally laughing at me).

In a rational world, none of these factors would have been particularly relevant to determining what really happened during those heated couple of minutes, but of course we no longer live in such a place. We exist in a realm where biography is nearly everything, and people see all events through the prism of their own biases about what one’s profile means… for instance, being a pro-life, MAGA-hat-wearing, white male from rural Kentucky.

The news media, of course, partly because there is no longer any time to allow for even the basic facts to come in and for a story to settle when there are trending topic clicks to chase, is the worst offender of interpreting events through the lens of their preferred narrative. To them, a few seconds of a white kid in a MAGA hat smirking at a Native American elder (who fought— not really –in Vietnam!), with his pro-life friends chanting and cheering him in the background, was all they needed to know to determine who were the good guys and the bad guys in this very minor dustup.

So, as they so often do, the Twitter mob and the news media (it is becoming very difficult to determine who is leading whom in these all-too-common situations) rushed to judgement and immediately set on destroying the lives of the kids from Covington Catholic, even causing the school to close out of security concerns.

Then, when further video provided more context for what really happened, making it clear that Phillips actually facilitated the stare-down, the media partly retreated, but without really admitting they were wrong, instead shifting the goalposts for why what the Covington kids had done was still egregious. After all, If there is one thing the news media despises more than anything (other than maybe covering actual hard news in a substantive manner) it is having to reverse a narrative they have fallen in love with, especially after they have already clearly chosen which the direction things were supposed to go.

So, motivated largely by a visceral hatred of Trump, the left way overplayed their hand and got caught with their fingers in the cultural cookie jar. But the right, incensed by yet another example of media malpractice, rushed to make heroes out of the kids who had done nothing worthy of such praise. Basically, everyone was wrong, but everyone got what they wanted from the deal, which is the prefect encapsulation of our completely broken national dialogue.

Now we hear that the Covington students may be soon come to the White House to meet with Trump, who has already used them in his very selfish war on the media, and would never have given a damn about this story if Sandmann was not wearing that silly MAGA hat. If that indeed does happen (even I have my doubts we have reached such a cultural nadir already), Trump would be setting a horrific precedent, while dividing the nation even further, all for the amusement of himself and the most ardent members of his political base.

As bad as that would be, I am starting to think such an outcome may actually be slightly better than we actually deserve. For if there was any doubt how much we all suck, this saga has pretty much ended it.