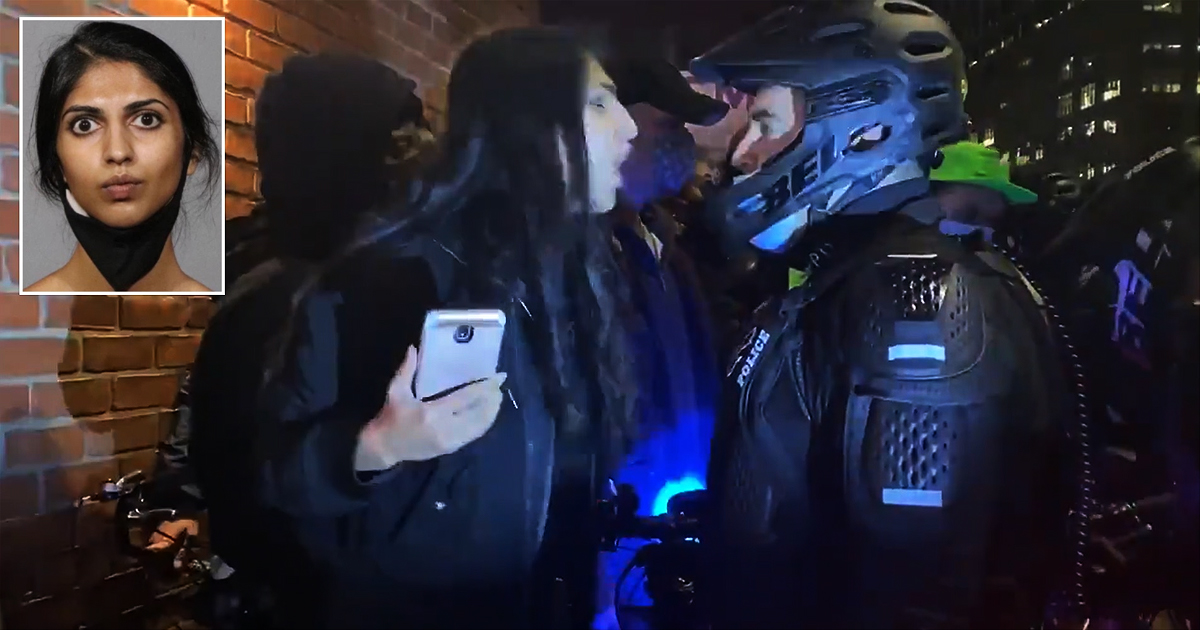 A 24-year-old woman was charged with multiple crimes after she was caught on video spitting in a police sergeant’s face during a Wednesday protest in Manhattan, New York.

Pennsylvania woman Devina Singh — who was not wearing a mask, despite the current coronavirus pandemic — was seen in a viral video screaming into the face of the New York Police Department sergeant and shouting, “Fuck you, fascist!” before spitting on him.

A young woman was arrested after she spat in an officer’s face after screaming, “F–k you, fascist,” tonight in the West Village. pic.twitter.com/cfgVLYJ5pc

The sergeant proceeded to arrest Singh.

Singh was reportedly charged with “obstruction of governmental administration” and “violation of local law and harassment,” for her actions during the election protest.

According to the New York Post, Singh reportedly bragged about her arrest in a since-removed Instagram post. She has had some previous run-ins with the law at other protests this year: resisting arrest charges at a Big Apple protest in September and unlawful assembly during a protest in Brooklyn in October.

Singh was reportedly one of more than 50 people arrested in New York related to the protests Wednesday night. Some of other protesters reportedly set fires and threw projectiles, including “garbage and eggs,” at police.