Biden Taunts Immigration Protestor: 'You Should Vote for Trump'

Biden Taunts Protestor Calling for a Freeze on Deportations: ‘You Should Vote for Trump’ 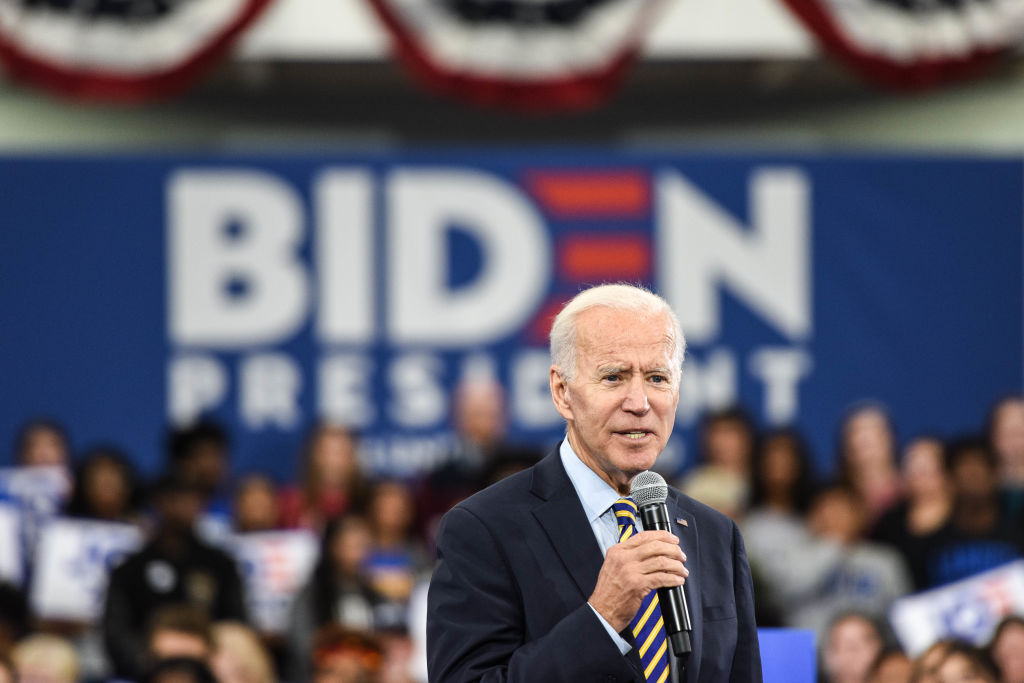 Democratic presidential candidate Joe Biden quickly cut off a protestor calling out his immigration policy during a South Carolina campaign event, dismissing the demand for an end to all deportations with a taunt: “You should vote for Trump.”

The protestor, identified by CNN reporter Eric Bradner as Carlos Rojas, interrupted Biden’s town hall in Greenwood, SC. When the candidate approached him, Rojas calmly pointed out that, while Biden was vice president: “Over those eight years, there were three million people that were deported and separated from their families.”

“No, no, no, I’m not going to do that,” Rojas responded, as Biden turned his back on him and walked away.

The tense exchange was capture on video by Bradner.

Rojas and other protesters from the group were criticizing Obama-era deportations and asked Biden to say he’d end all deportations — which he rejected. pic.twitter.com/od188WIlrQ

Rojas, who is reportedly a member of the Cosecha Movement, an advocacy group fighting for undocumented immigrants, then pressed Biden to commit to a deportation freeze. “You have the power as a candidate to actually commit to stop all deportations from day one through executive action,” he said. “We want to hear you say that.”

“I will not stop all deportations if you commit a crime that is a felony,” Biden forcefully responded, at which point Rojas struck up a chant of “Not one more, deportations!” along with several other protestors in the crowd.

Biden then committed to ending all family separations as president, at which point a different protestor called out “That’s a lie! That’s a lie!”

“That’s a lie?” Biden said, as the chants erupted again.