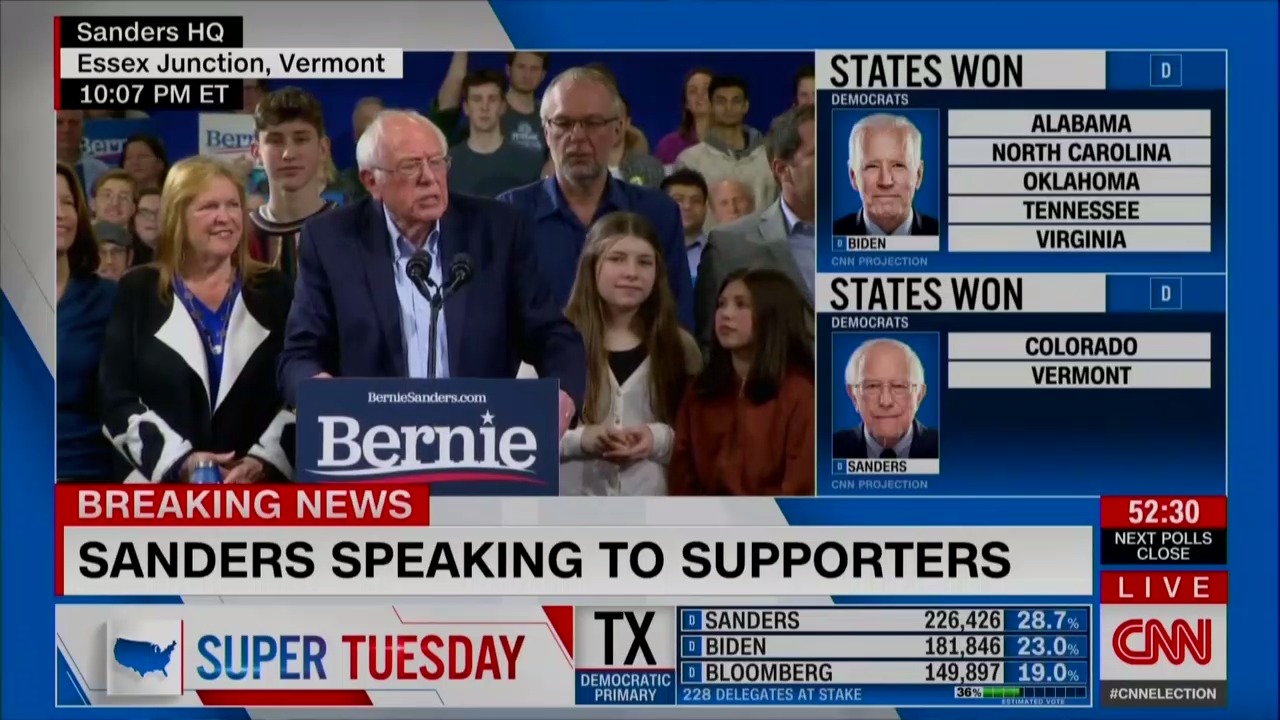 Sen. Bernie Sanders has won the California Democratic primary, according to Fox News and AP’s projections.

CNN has yet to call the race in California, where polls closed at 11 p.m. EST, though they declared Sanders and early leader.

California is the most populous U.S. state and is home to 415 pledged delegates. It’s the biggest prize on Super Tuesday, meaning it’s a big win for Sanders and his race for the Democratic nomination, on a night that was until now a huge one for rival Joe Biden.

In fact, California offers almost three times as many delegates as all first four early-voting states combined. The California primary was moved up to Super Tuesday this year, despite the event falling later in past elections.

Sanders went into the California primary election with a 14.7 point lead in the state, according to the RealClearPolitics polling average. Biden was polling in second, Elizabeth Warren in third, and Mike Bloomberg in fourth.

FiveThirtyEight editor-in-chief Nate Silver also anticipated an impressive win for Sanders prior to the California election, predicting the Senator would have a 76% chance of winning.