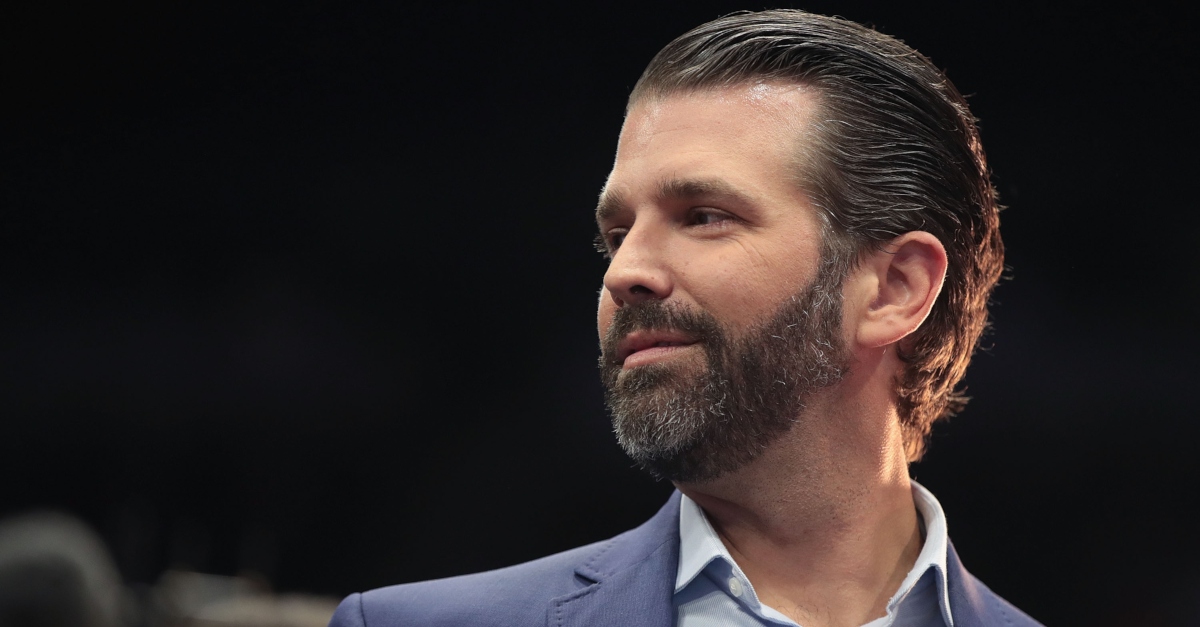 Donald Trump Jr. isn’t holding back. The president’s son is calling out fellow Republicans and “2024 GOP hopefuls” for their lack of action in standing up to what he believes to be rampant ballot fraud being committed in key swing states to prevent his father from being re-elected.

“The total lack of action from virtually all of the ‘2024 GOP hopefuls’ is pretty amazing,” the president’s son tweeted. “They have a perfect platform to show that they’re willing & able to fight, but they will cower to the media mob instead.”

The total lack of action from virtually all of the “2024 GOP hopefuls” is pretty amazing.

They have a perfect platform to show that they’re willing & able to fight but they will cower to the media mob instead.

Don’t worry @realDonaldTrump will fight & they can watch as usual!

New York Times reporter Maggie Haberman responded to Trump Jr’s tweet, pointing out it’s the first time the Trump campaign and members of the president’s family have pointed the finger at fellow Republicans for not taking a stand.

As the legal efforts and questions of the tallies so far by Trump have mostly involved the campaign, the Trump family and a handful of associates like Giuliani, the president’s son is the first to publicly take aim at others in the party > https://t.co/kPMdmEnGhZ

The president’s other son, Eric Trump also added Thursday afternoon on Twitter, “Where is the GOP?!”

Where is the GOP?! Our voters will never forget…

All votes that are *legally* cast should be counted.

There is NO excuse not to allow poll watchers to observe counting.

While Don Jr. has shared a photo of himself alongside a “Don Jr. 2024” campaign poster on Instagram, he has dismissed, as of now, that he will run for the White House in the future.

He did follow up with another, declaring: “Where are Republicans! Have some backbone. Fight against this fraud. Our voters will never forget you if your sheep!”

No one is surprised. https://t.co/DZ0GNZMjqG