In a Thursday evening appearance on Special Report, Conway referenced her long career as a political pollster before implying that the nationwide Fox News poll was a false impression of the state of the 2020 presidential race because it lumped together voters from swing and non-swing states.

The latest Fox News nationwide poll on the 2020 presidential election shows Democratic nominee Joe Biden widening his lead over Trump to a substantial 12 percentage points, up from an eight-point lead in the network’s poll last month and an even 42% – 42% split in April. 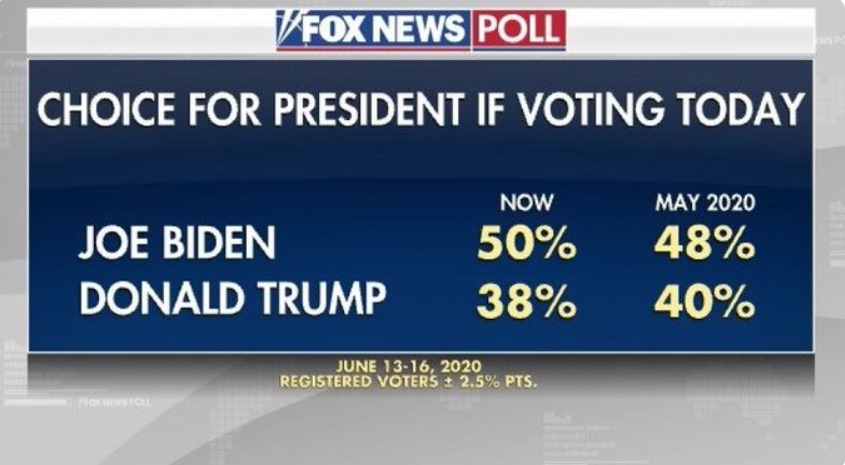 “Also I know you’re talking a lot about the polls,” Conway said to Baier. “As I’m a pollster — I’ve been a pollster for many years. Respectfully, we never did one single national poll when I was campaign manager of Trump/Pence 2016. Why? They are a colossal waste of time and money.”

“Statewide polls are really the gold standard,” Conway went on. “David Plouffe, another respected campaign manager for President [Barack] Obama, backed me up on this yesterday, He said it’s like 50 different governors’ races.”

“Let’s look at the statewide polls,” Conway offered instead. “The polls in states are about where I would expect them to be, depending on the poll, with Trump and Biden both under 50% in most of those statewide polls and within a few points of each other.”

But what Conway didn’t acknowledge was that Biden was also leading Trump in a large majority of those battleground state polls, including Wisconsin, Florida, Michigan, Pennsylvania, Arizona, Nevada, and New Hampshire.