Political Nerds Caption Viral Photo of Bernie and Warren on a Flight: ‘Would a Socialist Recline His Chair?’ 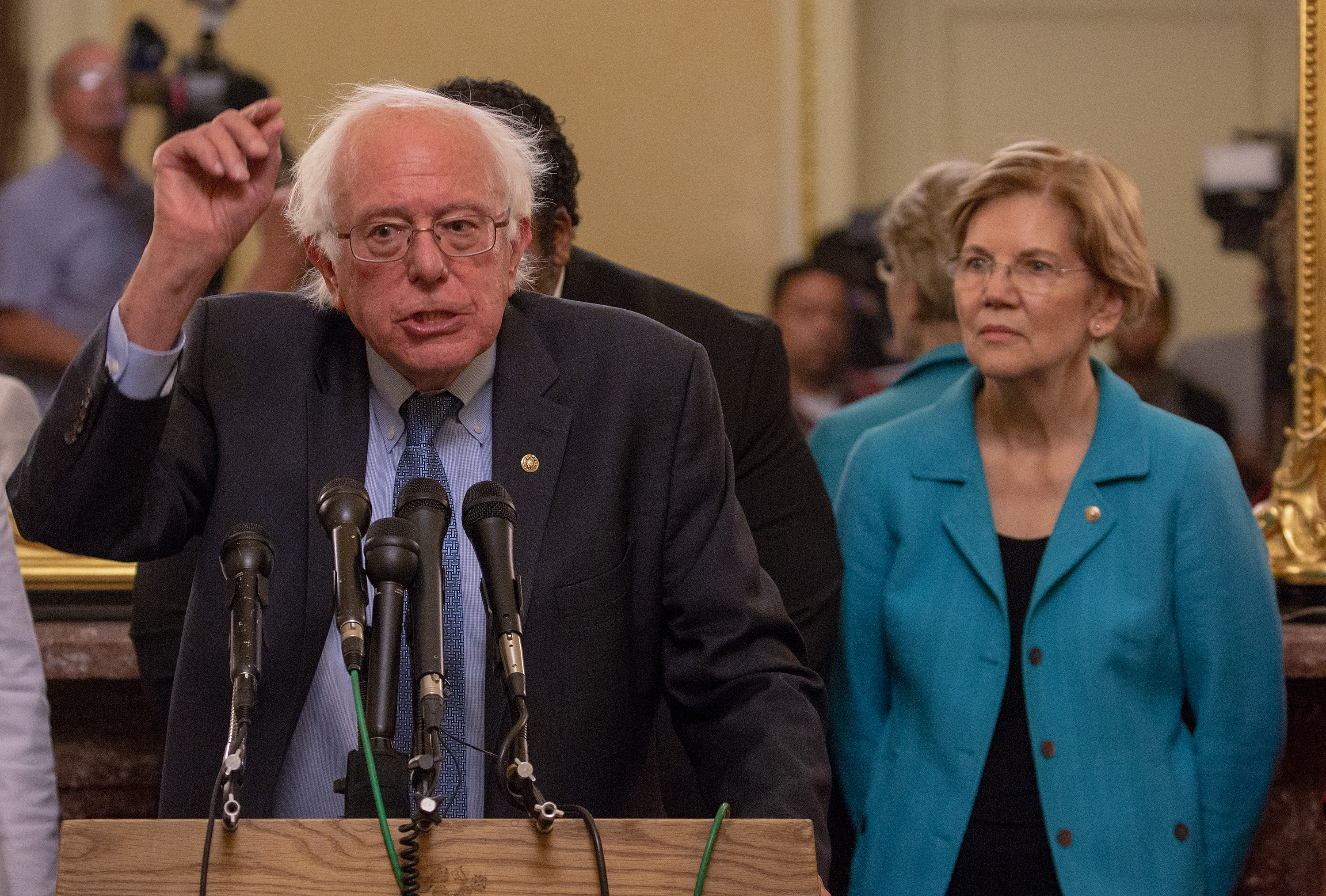 A photo of Sens. Elizabeth Warren (D-MA) and Bernie Sanders (I-VT) ending up in coach on a flight together is going viral on Twitter.

Both of the 2020 election opponents have window seats, with Warren seated behind Sanders in the flight.

Twitter politicos were quick to pounce both on the seating arraignment and the senators’ seatmate looking directly at the camera.

Many also noted the seating arraignment reflects how Warren is close behind and gaining on Sanders, an early frontrunner, in recent polling.

Would a socialist recline his chair? https://t.co/B9EKZqvdhi

Guy in 15B thought bubble: “Ugh I booked a Miami vacation to get a break from this shit” https://t.co/0xDA8VNNI2

Is she sitting over the “corporate wing” of the Democratic Party? (Sorry) https://t.co/h7zPr5DdQH

they are both seated above the left wing. https://t.co/lQGcn6lquQ

With 24 candidate running, how were there not 12 more on the plane https://t.co/WItZpufc19

Warren right behind Sanders in the polls and irl https://t.co/hkXnlNhTcq

tfw when you see a coworker outside of work and you try and figure out how much you actually have to interact https://t.co/vA6ZYN8Twd

She looks like she’s just doing her own thing but really, @EWarren is figuring out how to leapfrog @BernieSanders and end up in 14A. https://t.co/AITsE3uzKc