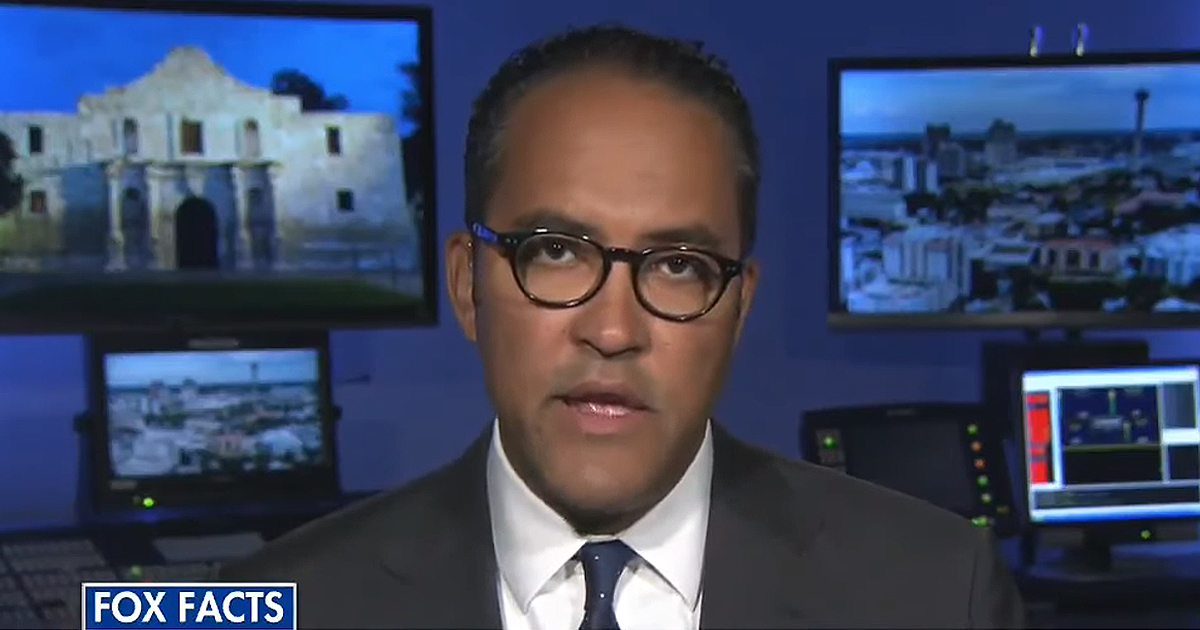 Texas Congressman Will Hurd, whose represents a district whose boundary is the longest in the country along the U.S.-Mexico border, just announced he will be retiring in 2020 and the news sent shock-waves through political Twitter.

Hurd is the seventh Republican to announce he or she will be stepping down after this term in Congress end. He joins two other Texas Republicans and two of the 13 women who are House Republicans as well as a member of the GOP House leadership. But the departure of Hurd, a moderate who was the lone Republican to win in a district that went for Hillary Clinton in 2016 and who is also the party’s lone African-American House member, was quickly seen as a bellwether of Republican pessimism for retaking the House majority in 2020.

This is an absolute earthquake in state and national politics. https://t.co/46IjapxuOM

Stunning news out of the 23rd Congressional District – @HurdOnTheHill won’t seek reelection in 2020. Here’s our story:https://t.co/kFYAr3jaLs

A lot of Republican retirements announced recently. But this is the most significant. https://t.co/dX1xmfNMPr

Rep. Will Hurd is not running for re-election after being one of only four Republicans who voted in favor of a House bill to condemn as racist President Trump’s attacks against the four congresswomen of color. https://t.co/cwlv4WwgSx

Hurd wasn’t just any swing-seat R. He’s supposed to be 21st century GOP: a black undercover CIA op who came home to TX. He began my interview 4 years ago knowing what I wanted to ask:
“How did the black dude get elected in a Hispanic district?’ ”
2/3https://t.co/mfC8d2J1qy

Two years ago @TimAlberta wrote this excellent profile about how Hurd represented the future of the GOP. Worth another read https://t.co/0R4e68myBE

This is a real loss for the @GOP and for anyone who hopes that Republican Party can some day recover its role as the normal center-right party that the country needs. @willhurd also brought real national security expertise to Congress. https://t.co/Gs7KE5P2sA

To be honest, I was always impressed by Will Hurd. But if the R’s are ever going to regain sanity, they need people like him in the tent.

Crystal Ball House ratings change: TX-23 moves from Toss-up to Leans Democratic after Rep. Will Hurd’s shock retirement. Swing district, Clinton won it by 3.5. Arguably should still be a Toss-up but Hurd is a strong incumbent and the district is unlikely to vote for Trump

Will Hurd is the only Republican member of the House with a district on the border of Mexico. Once it flips to D the GOP will represent no border districts. Hurd was a frequent critic of Trump’s border “policies.”

Will Hurd bailing on his seat is not a good sign for the Republican Party. It’s becoming a place where fewer and fewer people want to be, particularly people of color. His exit means Republicans will have exactly ONE black elected official in the entire congress: Sen. Tim Scott.

Will Hurd, FWIW, was the only Republican during the Mueller hearing who expressed anything close to genuine concern over the findings on election interference

When I ask millennial Republicans who they like in Congress, they typically say Carlos Curbelo, Will Hurd, and Elise Stefanik— part of a small cohort of non-white-men who are diversifying the party for the 21st century.

Hurd’s reflection on his decision not to seek re-election is worth the read. He hits on some important themes that stand out especially amid the backdrop of the current news cycle. https://t.co/7DJ7FhcS7C