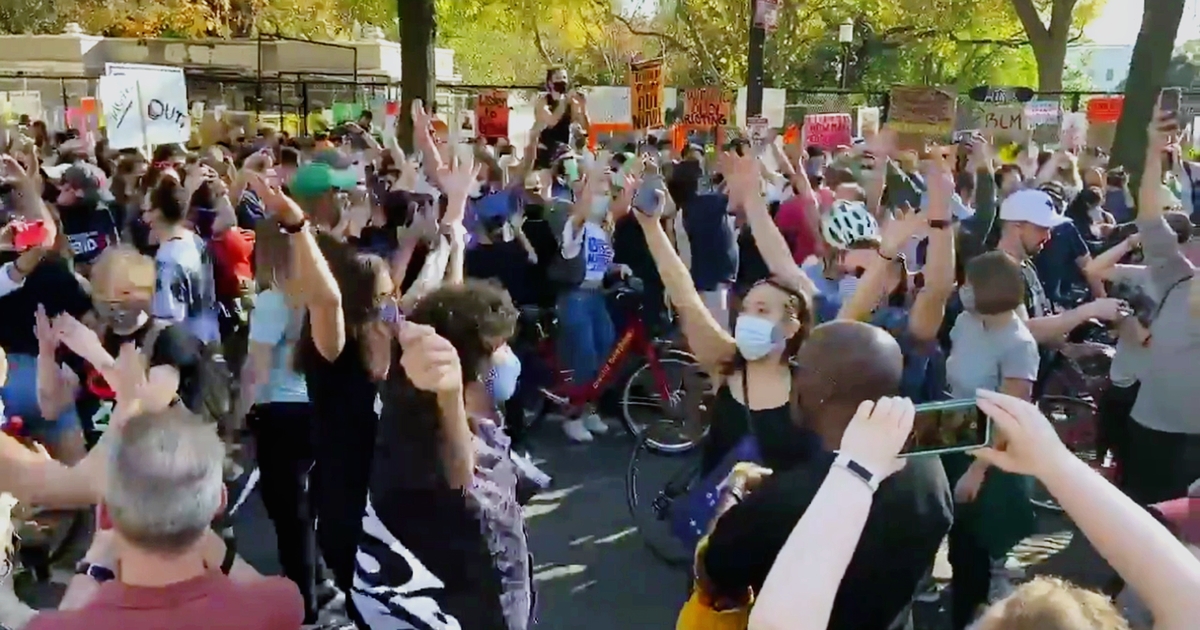 President Donald Trump played “YMCA” at a lot of his 2020 campaign rallies, to the point where the president’s dancing to the song became a meme among his supporters online.

After news of his election loss broke, massive crowds of people took to the streets in a number of cities in celebration. Outside the White House, they played “YMCA.”

The crowd outside the White House celebrating Joe Biden’s projected victory is blaring YMCA — the song President Trump closed out his latest rallies with. pic.twitter.com/UkrsBq8l5M

The YMCA is happening outside WH too pic.twitter.com/tHC9kaEOC2

Meanwhile, in Philadelphia, per one reporter, the Trump supporters played “YMCA” but the Biden supporters danced in celebration there too.