Who is Winning Georgia in 2020 Election? Live Polls

Who is Winning in Georgia? The Latest 2020 Election Info and Vote Totals, All Day 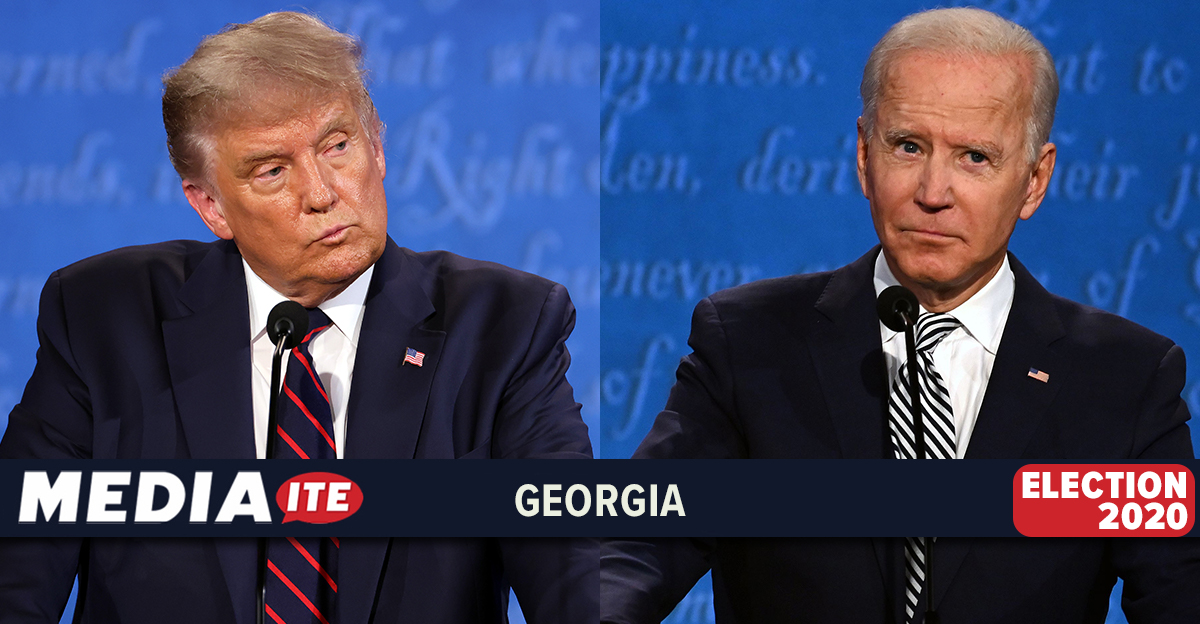 The polls in the battleground state of Georgia opened at 7 a.m. local time on Election Day and will remain open until 7 p.m or 8 p.m., depending on municipality.

It’s an extremely tight race. As of Tuesday, the RealClearPolitics average of the most recent polls show Georgia voters slightly favoring Democrat Joe Biden over the Republican incumbent President Donald Trump in the presidential race, at +0.9 points for Trump. FiveThirtyEight shows a narrow lead for Biden, +1.1 points.

Georgia has 16 electoral college votes, making it a big pickup for either candidate. It is especially important for President Donald Trump to win the red state, which has voted Republican in every presidential election since 1992, when Bill Clinton won the state.

In the Senate and House races, Georgia was considered a toss up by FiveThirtyEight.

According to Nate Silver’s FiveThirtyEight, the results from Georgia “should be relatively quick.”

“Counties were allowed to start processing absentee ballots on Oct. 19, and only ballots mailed from overseas may arrive after Nov. 3,” FiveThirtyEight explained.

Georgia Secretary of State Brad Raffensperger revealed that coronavirus pandemic precautions at Georgia polls include everyone being “spaced six feet apart,” plexiglass dividers, masked and gloved election officials, and surfaces being wiped down.

“For races that aren’t too close, we’ll have those results (on Election night),” Raffensperger declared. “For the races that are very, very close, we believe that we’ll have them by Wednesday or Thursday at the latest. So we’ll have our results very quickly. I think that will give voters confidence.”

“Also, for the first time ever in Georgia, we’ll be doing a statewide risk-limiting audit of every race. And what that really will restore, I believe to voters, is confidence,” he added.