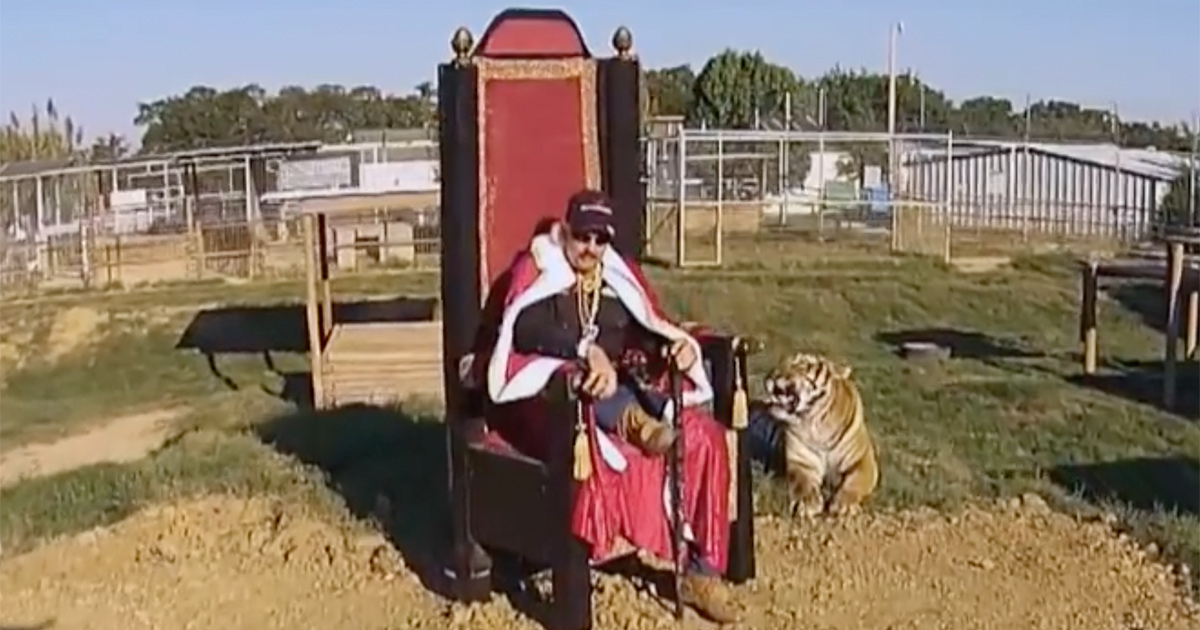 If you binged all of Netflix’s insane new docuseries Tiger King and have been itching for more, the streaming service dropped a new episode today.

The episode is an aftershow called “The Tiger King and I,” hosted by Joel McHale.

Neither Joe Exotic nor Carole Baskin appear in the new episode — for very different reasons — but McHale spoke to fan favorites like Cowie, Reinke, and Saff, as well as other key figures in the Tiger King saga like Jeff Lowe and Rick Kirkham.

They reflected on the documentary and on what life is like for them now, with some feeling far more favorable than others about the end result and how they were portrayed. Lowe in particular wasn’t happy with how “sensationalized” the series was.

At one point Kirkham — who claimed Exotic is actually terrified of big cats — talked about his past work for Inside Edition and McHale asked, “Who’s the more disturbed individual? Joe Exotic or Bill O’Reilly?”

“I would say that Joe Exotic is more evil and Bill O’Reilly is more of just an asshole,” Kirkham responded.

Netflix isn’t the only place eager to keep this whole story going — Fox is airing a special Monday night, and Investigation Discovery us working on a follow-up series titled Investigating The Strange World Of Joe Exotic.

“The Tiger King and I” is available for streaming on Netflix now.