Anthony Bourdain Dishes on His Dinner with POTUS: He’s Great With Chopsticks 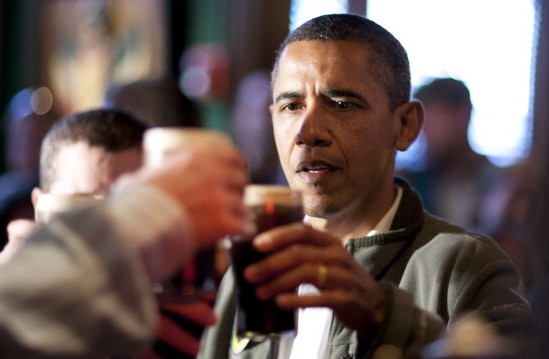 By now you’ve already heard that President Barack Obama and Anthony Bourdain had dinner together this week in Vietnam. They went to Bún chả Hương Liên, a restaurant in Hanoi named for a traditional Vietnamese dish consisting of grilled pork in broth or sauce with rice noodles and herbs. Of course, they washed it down with beers. The president will appear on an episode of Anthony Bourdain: Parts Unknown which is set to air in September.

Now, Bourdain is dishing on the dinner on the Li.st app. Here’s what he had to say in his list called “Six True Things About Dinner with Obama.”

It’s also worth noting that though the Secret Service might have been annoyed by the whole thing, they didn’t show it. According to Bourdain, they were “very cool about it.”

Say what you want about his politics, the guy is cool. We’ll miss having a president who does things like this. It’s safe to say that Donald Trump wouldn’t appear on Bourdain’s show anytime soon.