Report: Amtrak Loses $80 Million A Year On Food, Making It Worst-Run Restaurant Ever 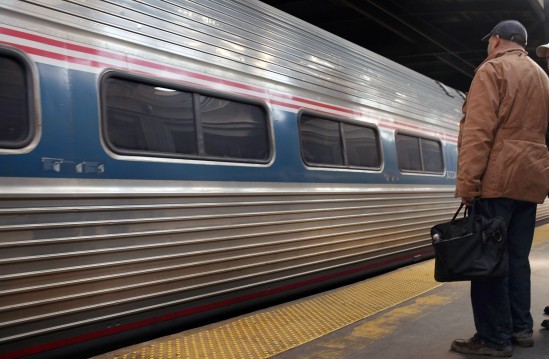 If most restaurants barely break even and a majority of them fail, what does that say about Amtrak’s food and beverage service? It’s never broken even since 1981 — holy crap, that’s 31 years of failure! — and at a Congressional hearing earlier this week, the Government Accountability Office revealed that since 2002, Amtrak has lost $834 million. On food sales.

“We are still looking for ways to improve our cost recovery,” said  Joseph H. Boardman, president and chief executive of Amtrak, according to the New York Times. He said this while twirling his handlebar moustache and thinking about ways to avoid a buyout from Taggart Transcontinental Railroad.

But as one grumpy old man at Gawker put it: how do you lose money on food when your customers are locked in a speeding trash can for hours on end and can’t buy food elsewhere?

By being stupidly lax about rules and contracts, apparently! During the hearing, Congress learned that most of the losses come from employees stealing from the cash-only transactions ($7 million/year), a lack of coordination between the two separate services that provide Amtrak’s food, and poor management.

Instead of working ourselves into a frothy anger over the waste of taxpayer money and the corruption of American bureaucracy, though, we’ll give you a big, teary hug. We’re proud of you, Amtrak — so proud of you — because you’ve given budding restauranteurs a new standard for utter failure.

Every night, when little budding Joe Bastianichs and Sirio Maccionis tuck themselves in at night, they’ll think about how you showed them how to run a once-thriving enterprise and cultural institution into the ground, serving crappy, spongy food that tastes of carpet cleaner, charging $9 for a 16 oz Bud Light, and selling burgers for $9.50 when they cost $16 to make. After Mom turns the lights off, they’ll sneak under the blankets with a flashlight and a copy of the GAO report, taking notes in the margins.