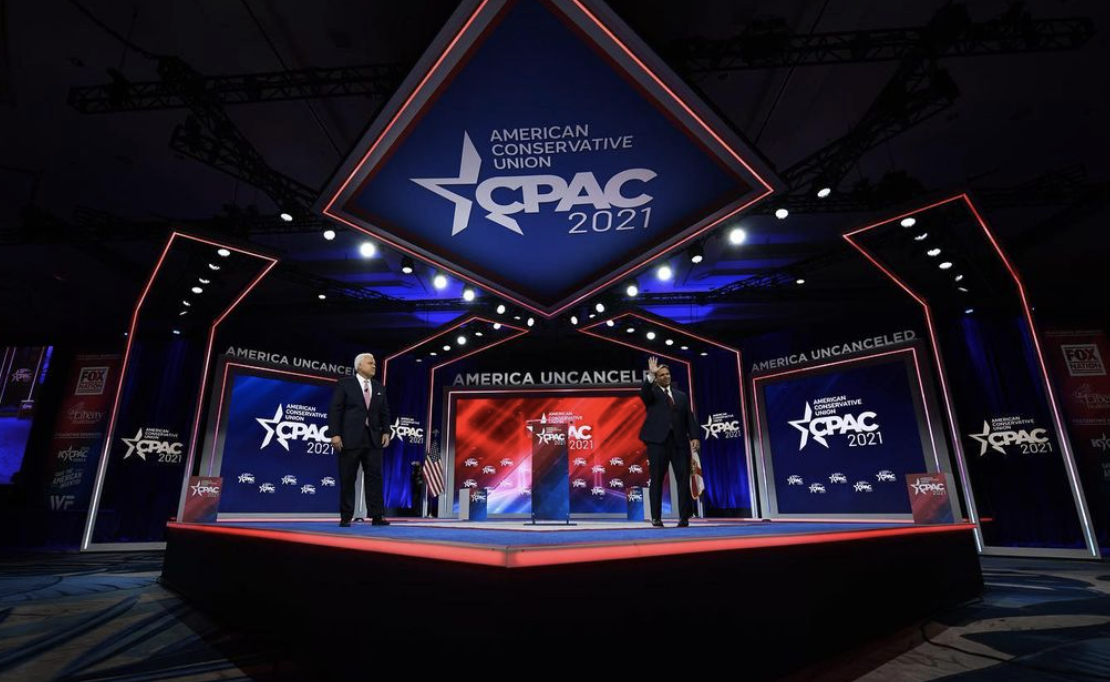 The American Conservative Union, the organization behind the annual Conservative Political Action Conference (CPAC), engaged in a bitter feud with the company behind its controversial main stage, which was accused of evoking Nazi symbolism.

ACU officials and the company that built the stage were at odds after Hyatt Hotels issued a statement on Sunday night condemning the stage and insisting they had no part in its design. The statement came in response to complaints from liberals on Twitter directed at the hotel chain.

The social media outcry was in part inspired by claims that the event stage resembled an “Odal rune” Nazi symbol, an allegation CPAC dismissed as an “outrageous and slanderous” conspiracy theory.

Mediaite has learned that this week, CPAC brass, fuming over the media’s coverage of the stage, threatened to out the stage company to the media.

According to a source familiar with the conversations, ACU officials wanted Design Foundry, the Maryland-based firm that set up the stage, to publicly come forward, take ownership of the stage, and dispel the liberal outcry over its shape.

ACU officials signed off on the stage after being presented with several other options, a source familiar with the negotiations told Mediaite. One of mock-ups, obtained by Mediaite, had a more circular design, with red bench-style seating in the form of a semi-circle behind the podium. 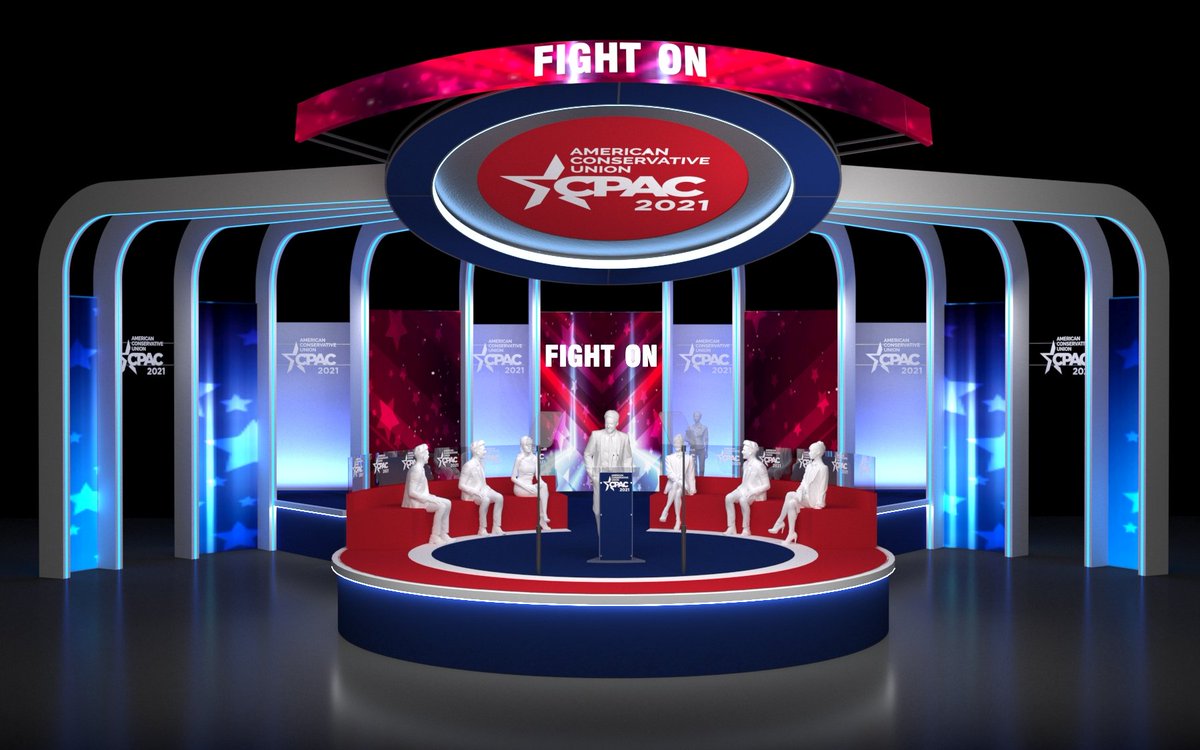 Sources said Design Foundry was told by ACU general counsel David Safavian and other ACU brass on a Monday afternoon call that if it didn’t release a statement by 10 a.m. Tuesday copping to the stage design, ACU would release their own statement blaming the firm.

Safavian, who is fresh from a pardon courtesy of President Donald Trump for a 2005 arrest, also threatened to take legal action against the stage company, sources said.

Late on Tuesday night, Design Foundry issued a statement, obtained by Mediaite, that took responsibility for the stage:

We were retained by the American Conservative Union Foundation (ACUF) to design the stage for this year’s Conservative Political Action Conference (CPAC). As part of our working agreement, the client provided our team with feedback, revisions, and final approval on all aspects of deliverables outlined in the contract—including stage design. The approved stage design was intended to provide the best use of space, given the constraints of the ballroom and social distancing requirements. The iterative design process included input from CPAC, the hosting event space, other vendors, and county officials. We had no idea that the design resembled any symbol, nor was there any intention to create something that did. We are saddened and horrified at the accusations that this was a deliberate act. Design Foundry denounces all hate speech and acts of racism, prejudice, or bigotry in all forms.

Schlapp appears unfazed by the controversy, as on Tuesday afternoon, he posted a picture of himself sitting poolside.