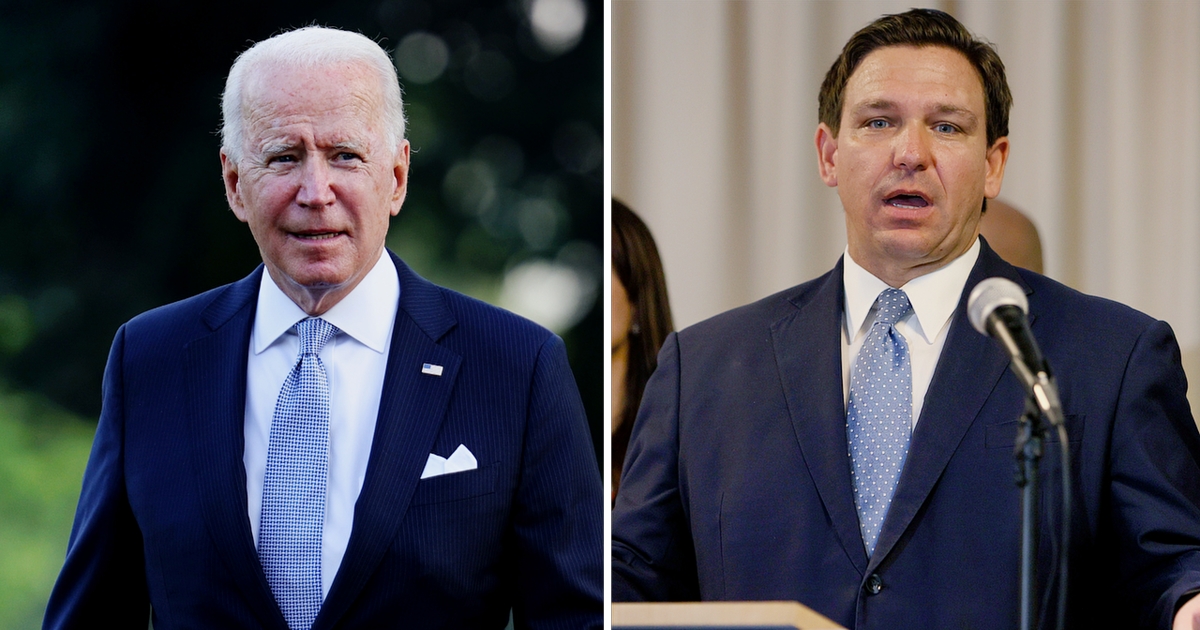 President Joe Biden’s administration sent a letter to Florida Governor Ron DeSantis advising them that any school personnel punished over mask mandates could be paid from federal funds.

“Florida’s recent actions to block school districts from voluntarily adopting science-based strategies for preventing the spread of COVID-19 that are aligned with the guidance from the Centers for Disease Control and Prevention (CDC) puts students and staff at risk,” Cardona wrote.

He then took aim at DeSantis’ executive order, and identified a solution for the schools:

In particular, I am deeply concerned about Florida’s July 30 Executive Order prohibiting school districts from adopting universal masking policies consistent with CDC guidance.1 Moreover, on August 9, the Governor’s spokesperson released a statement specifying that in cases where school districts adopt masking policies consistent with CDC guidance, “the State Board of Education could move to withhold the salary of the district superintendent or school board members.” The Governor’s Office appeared to further clarify that penalties could take the forms of fines on a school district.

The Department recognizes that several school districts in your State have already moved to adopt such policies in line with guidance from the CDC for the reopening and operation of school facilities despite the State level prohibitions. The Department stands with these dedicated educators who are working to safely reopen schools and maintain safe in-person instruction.

The American Rescue Plan Act of 2021 (ARP Act) provides more than $7 billion to support Florida’s students and educators through the Elementary and Secondary School Emergency Relief Fund (ESSER). The Department notes that allowable uses of ESSER funds include “activities that are necessary to maintain the operation of and continuity of services in local educational agencies and continuing to employ existing staff of the local educational agency.” This includes paying the full salaries of educators (including superintendents) and school board members, regardless of whether the State moves to withhold some of their salary as Florida is threatening.

Cardona went on to sum things up neatly, writing “In other words, any threat by Florida to withhold salaries from superintendents and school board members who are working to protect students and educators (or to levy other financial penalties) can be addressed using ESSER funds at the sole and complete discretion of Florida school districts. ”

A Desantis spokesperson pushed back in a statement to Politico:

DeSantis’ spokeswoman Christina Pushaw on Friday night criticized the White House for wanting to spend funds “on the salaries of superintendents and elected politicians, who don’t believe that parents have a right to choose what’s best for their children, than on Florida’s students, which is what these funds should be used for.”

White House Press Secretary Jen Psaki hinted at this move earlier in the week as she criticized DeSantis over the executive order.