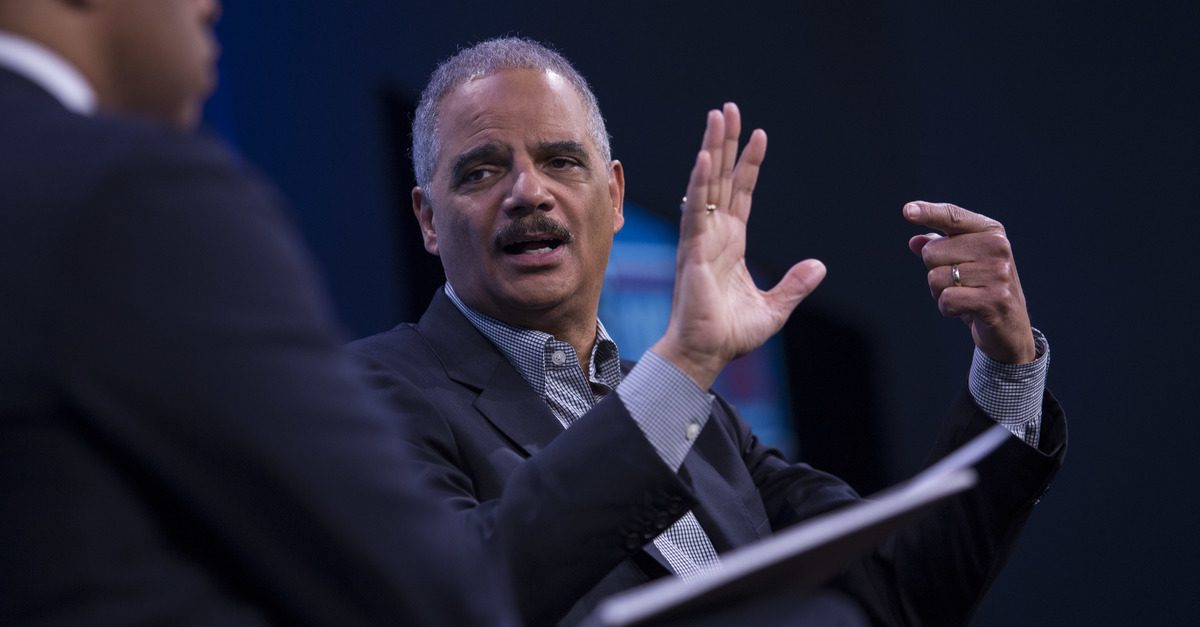 Former Obama Attorney General Eric Holder issued a damning indictment of Bill Barr, calling him out for “nakedly partisan” and “deeply inappropriate” conduct that had rendered the President Donald Trump appointee “unfit to be attorney general.”

In a blistering Washington Post op-ed, Holder said he was reluctant to publicly criticize his successors, since “I respect the office ad understand just how tough the job can be.” Holder was infamously held in contempt by Congress in 2012 for refusing a subpoena for more information about the bungled Operation Fast and Furious despite having turned over 7,000 documents to Hosue investigators.

“But recently, Attorney General William P. Barr has made a series of public statements and taken actions that are so plainly ideological,” Holder said, “that they demand a response from someone who held the same office.”

Holder went on to cite Barr’s recent, heavily-criticized Federalist Society speech and his bizarre, veiled threat in defense of law enforcement, as examples of beliefs that are “antithetical to the most basic tenets fo equality and justice.”

“It undermines the need for understanding between law enforcement and certain communities and flies in the face of everything the Justice Department stands for,” he added.

“I and many other Justice veterans were hopeful that he would serve as a responsible steward of the department and a protector of the rule of law,” Holder concluded. “Virtually since the moment he took office, though, Barr’s words and actions have been fundamentally inconsistent with his duty to the Constitution. Which is why I now fear that his conduct — running political interference for an increasingly lawless president — will wreak lasting damage.”