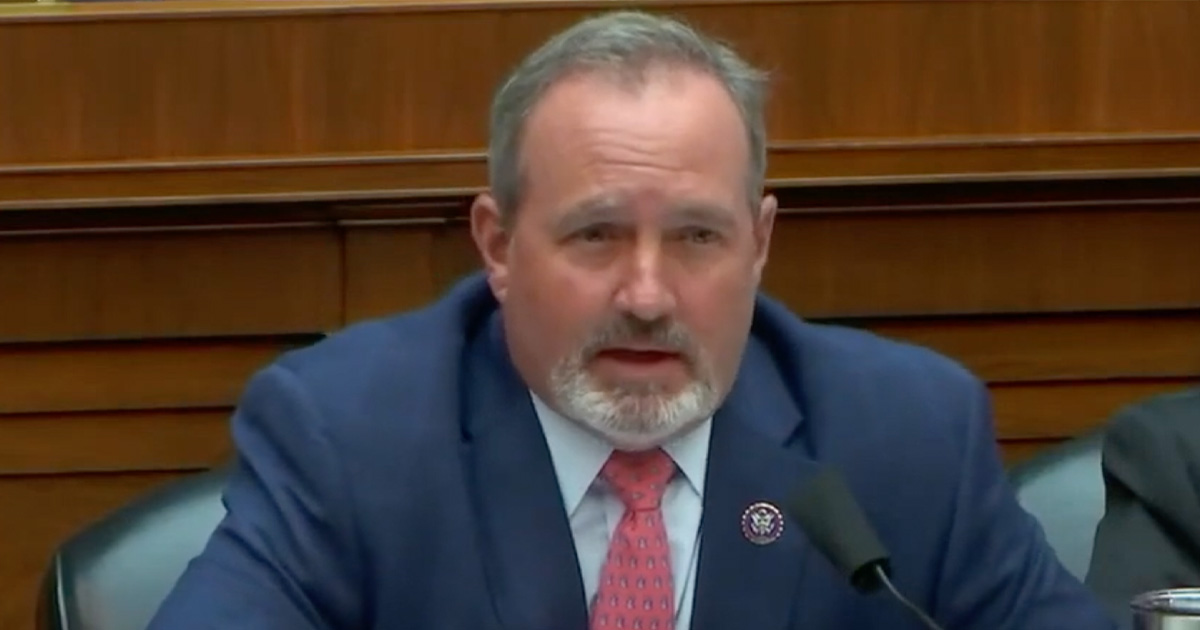 “Let’s Go Brandon” is spreading through the House Republican caucus.

Last week Congressman Bill Posey (R- FL) ended a fiery speech with the phrase, and on Monday another Republican wore a “Let’s Go Brandon” mask on the House floor.

South Carolina @RepJeffDuncan just walked off the floor with a “Let’s Go Brandon” mask on.

Spotted at House votes: GOP Rep. Jeff Duncan of SC wearing a mask with a phrase that Republicans are using in place of F*** Joe Biden. pic.twitter.com/0rTSz6LwNV

“Let’s Go Brandon” has become a coded catchphrase of sorts for critics of the president to say “Fuck Joe Biden.”

A sports reporter misheard “Fuck Joe Biden” chants from NASCAR fans as “Let’s Go Brandon,” and so Republicans have embraced the latter as a means of implicitly stating the former.

Ted Cruz recently shared a video of himself saying it, and last week Fox News’ Kennedy did a mock “Let’s Go Brandon” chant during a segment slamming the president.