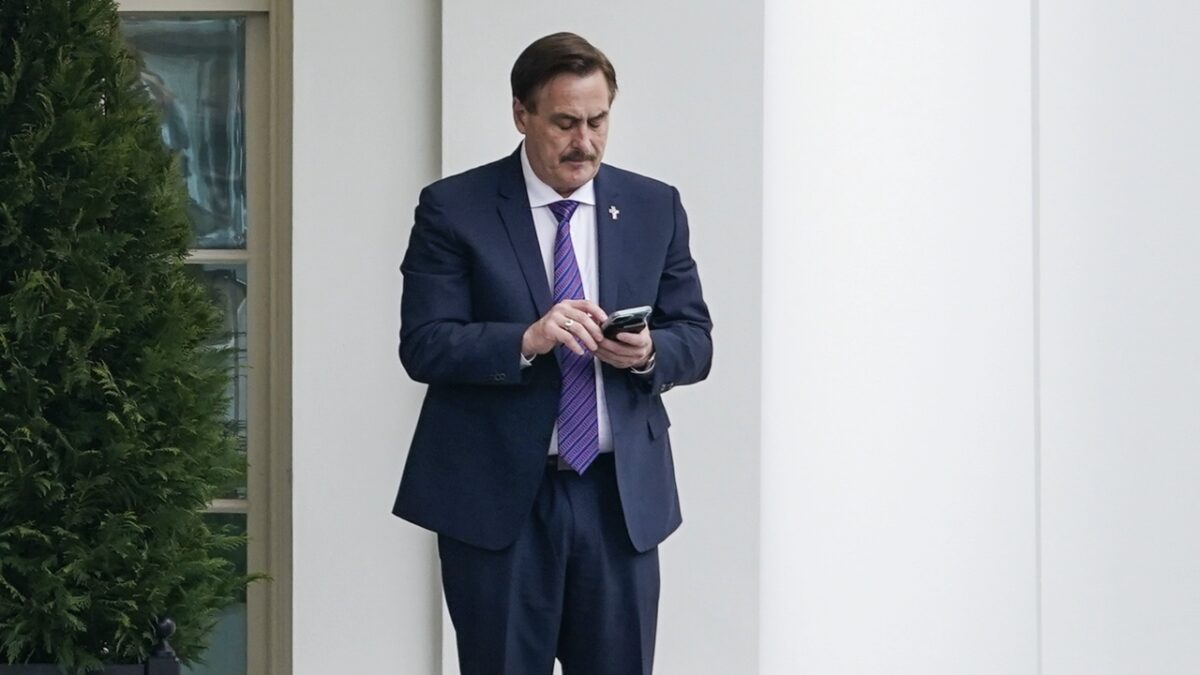 Overnight Monday, Twitter users began to notice that the @RealMikeLindell account was coming up suspended, with varying degrees of glee.

MyPillow guy Mike Lindell has been banished to Twitter hell with Trump pic.twitter.com/ZqyzIcsuor

My Pillow Guy is out of the building…??? pic.twitter.com/wzdWuHIfCf

In fairly short order, Twitter confirmed to Reuters that Lindell has been permanently dumped from the platform for repeated violations of its policy against election misinformation:

Twitter Inc has permanently suspended the account of My Pillow chief Mike Lindell for repeated violations of the company’s policy on election misinformation, the social media firm said late on Monday.

Lindell used his personal Twitter account, which had nearly half a million followers before being suspended, and the company’s account to spread unsubstantiated claims of widespread voter fraud in the presidential election.

The bedding entrepreneur has been a firehose of the sort of conspiracy theories that fueled the Capitol insurrection, and announced last week that several major retailers have been dropping his brand after he was photographed apparently preparing to urge Trump to impose martial law.