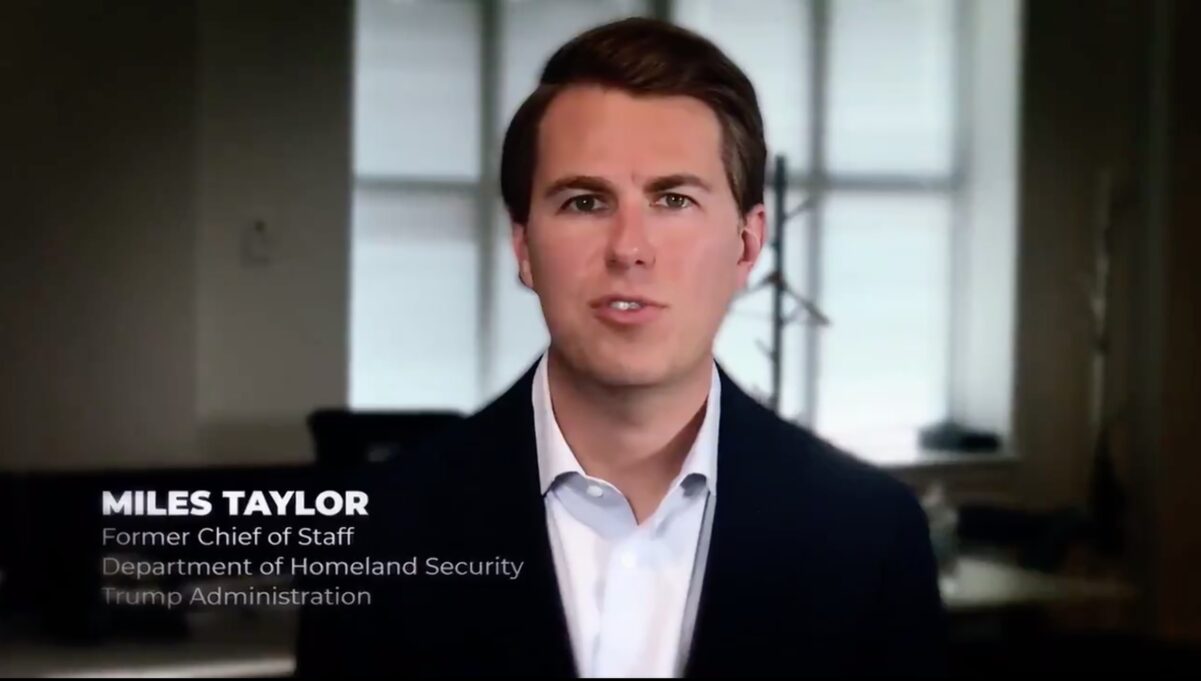 After George Conway teased that the infamous White House insider “Anonymous” would be revealed Wednesday, CNN anchor Jake Tapper announced that Anonymous is none other than CNN contributor Miles Taylor — prompting both yawns and outrage on Twitter.

Anonymous first made headlines when the White House insider published a bombshell New York Times column and later a book condemning President Donald Trump’s administration. People were itching to know who the mysterious insider was at the time, but now that his identity is no longer a secret, they’re either unimpressed with his low stature in the administration, outraged with his role in separating families, or both.

Disappointed by the reveal, pundits and journalists took to Twitter to bash the news:

.@MilesTaylorUSA isn’t a hero. He sat in those rooms, in those councils of power and allowed the banality of evil to work through its way America. Heroism isn’t silence until it’s convenient and personally advantageous to stand up. https://t.co/jthgQNAugu

miles taylor is already getting too much media attn. yawn.

Now that he’s revealed himself to be Anonymous, Miles Taylor is now legally obligated to sign off any tweet, email, or OpEd with “You know you love me. XOXO”

Who is Miles Taylor?

Miles Taylor revealed to be Anonymous from the NYT op ed.

Hey @MilesTaylorUSA
Took you 4 years to speak up?
6 days before the election you’re telling everyone to come out of the shadows??
This motherfucka is all about
Self preservation!#KidVicious🖕🏽🙄🖕🏽

It is not brave or admirable to be an “anonymous” resister while working with an administration to dismantle democracy, put children in cages and allow 225,000 Americans to die, and then negotiate a cushy book deal stating the obvious and become a paid pundit, ok @MilesTaylorUSA?

Imagine if Miles Taylor had attached his name to the original Anonymous Op-Ed and then resigned? That would have been courage.

Does anyone care about Miles Taylor besides people in the media?