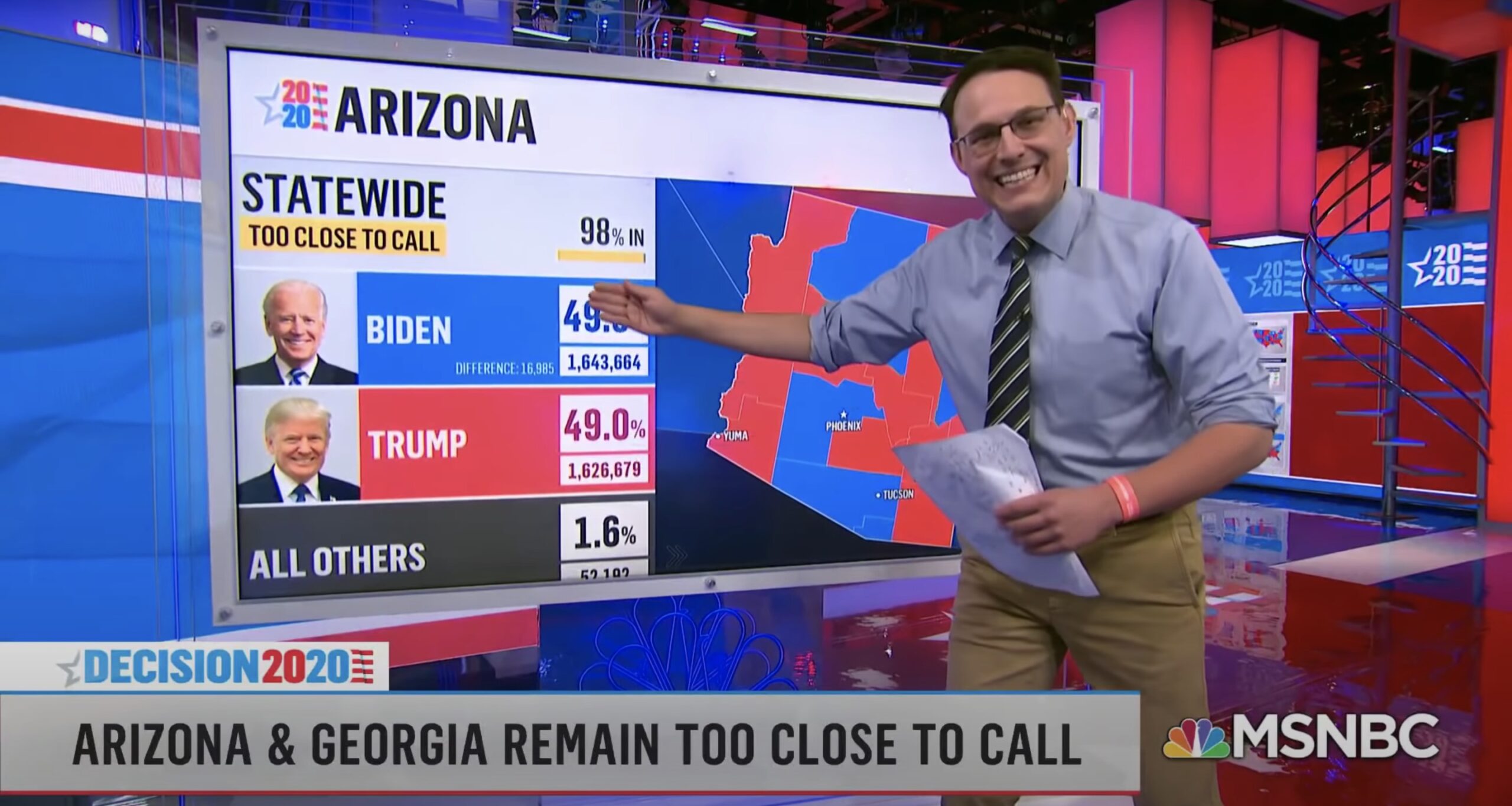 “Chart throb” Steve Kornacki has been making headlines for his impressive election coverage and his Big Board skills, and now even his fashion choices are getting attention.

Kornacki wore the same outfit every day of his election coverage: A button-down, a striped tie, and khakis — and the simple ensemble eventually became iconic enough for fans to emulate.

Ever since New York Magazine’s The Strategist revealed that Kornacki gets his “Khornakis” at the GAP, the retailer’s khaki sales have almost doubled.

Following Kornacki’s coverage, GAP saw a “dramatic increase in online traffic and within a day” and “around 90% unit sale increase online,” according to the Today Show.

The specific pair of pants are GAP’s modern khakis in Palomino brown, according to the Strategist, which Kornacki wears in either a straight or slim fit.

Kornacki’s pants are not the only thing that grabbed viewers’ attention, as the MSNBC correspondent gained his own cult following — and was even dubbed “Kornacki the Snacki” by a Twitter user.

Perhaps his worn-out striped tie will be the next item of clothing to go viral:

Against all odds, the staples held through the election, but now I think the time has come to finally retire my tie pic.twitter.com/MvjSzjfR5f