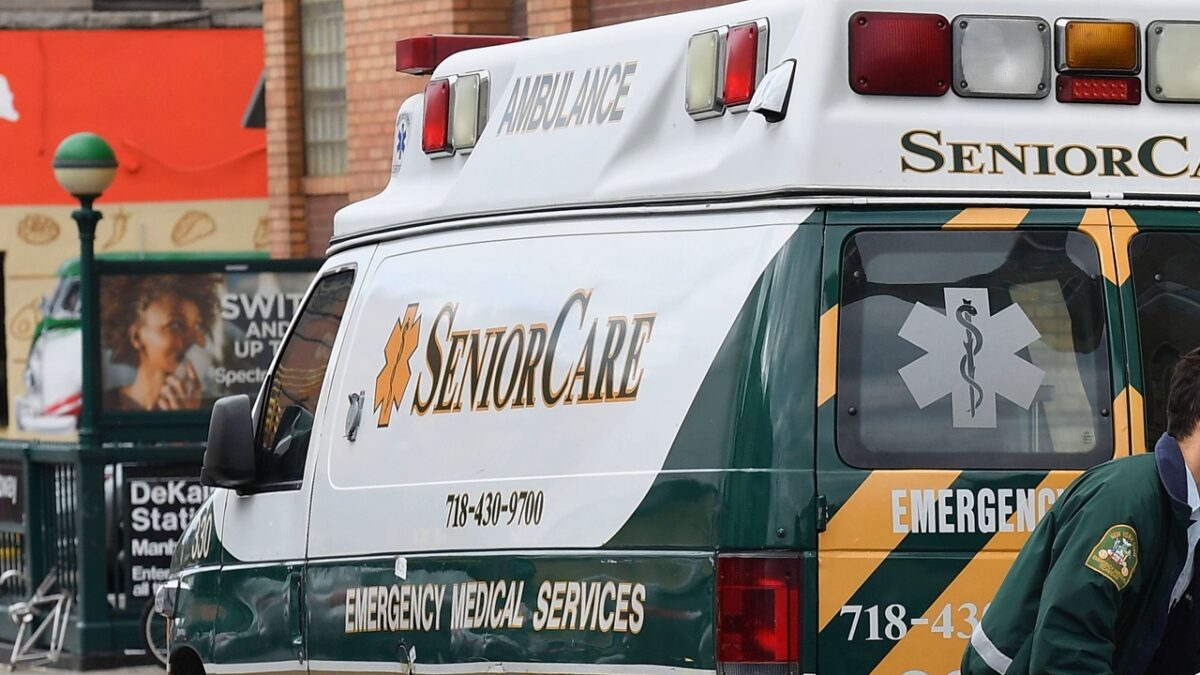 The UK-based tabloid owned by Rupert Murdoch’s News Corporation, The Sun U.K., silently deleted an article from their website on Monday. The now-deleted story was an aggregation of a New York Post article which revealed that a New York City paramedic also worked as an OnlyFans model to supplement her income.

The story from The Sun was titled “HEARTS RACING Paramedic is ‘making ends meet’ by sharing XXX-rated pics on OnlyFans.”

A screenshot of the original story, posted on Saturday, can be seen here: 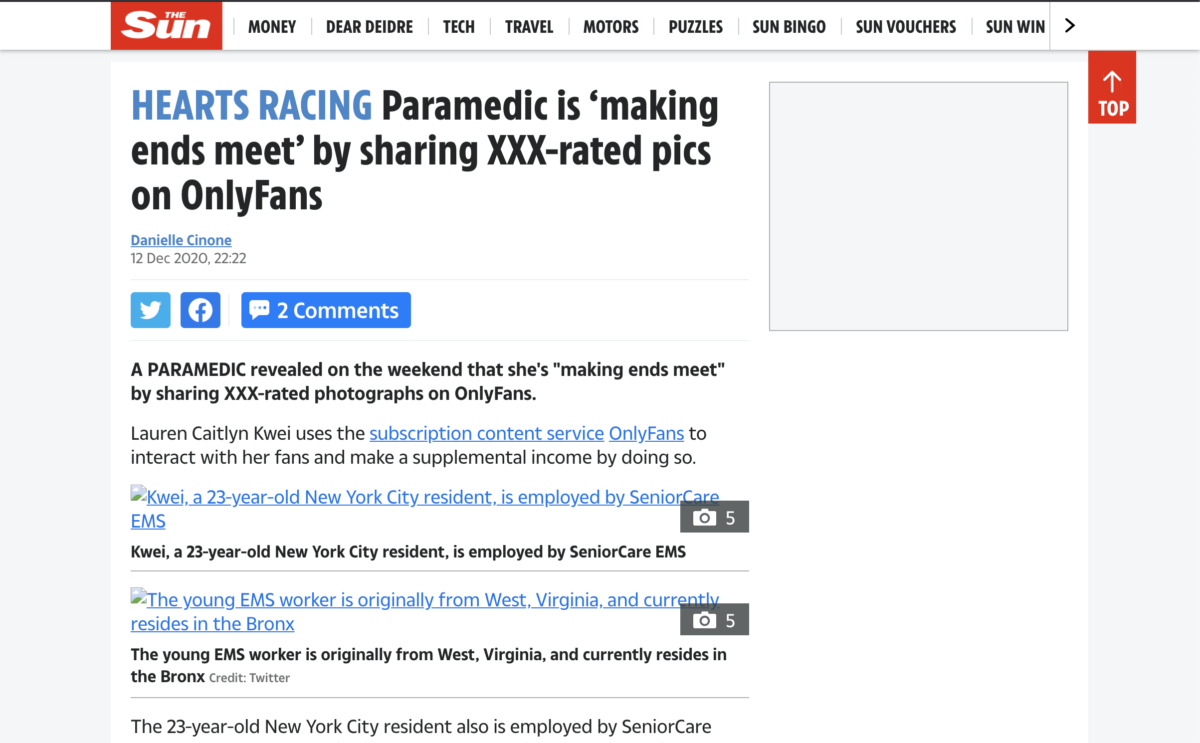 Screenshot via The Sun

The Sun didn’t return Mediaite’s multiple requests for comment on the stealth deletion of the article.

Murdoch’s other tabloid, The Post, continues to have their original story up live on their site. The Post’s New York City newsroom directed Mediaite to their PR firm, Rubinstein Associates, for comment, which has not returned Mediaite’s requests.

Screenshot of The Sun UK

Journalist Dean Sterling Jones of the blog Shooting the Messenger first noticed the now-deleted post from The Sun.