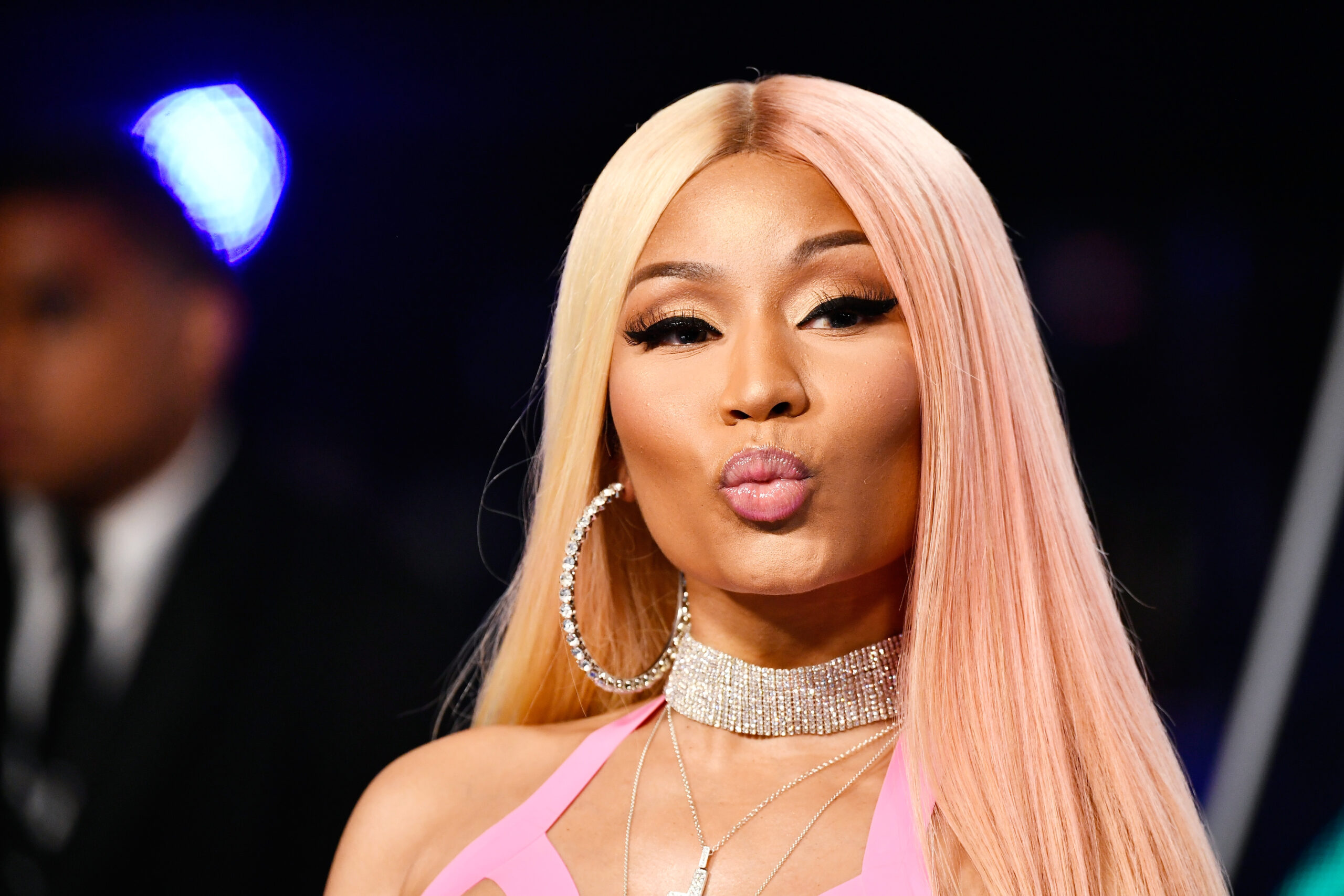 Twitter did not suspend rapper Nicki Minaj, despite her claim on Instagram that she had been. On Wednesday night, a spokesperson for the company told Mediaite, “Twitter did not take any enforcement action on the account referenced.”

Minaj said she was suspended from Twitter on Wednesday, shortly after she posted a series of tweets regarding her claims about Covid-19 vaccination side-effects. In one of the Wednesday tweets, Minaj said she had been invited to the White House to discuss her concerns.

The rapper has faced criticism this week for claiming that the friend of her cousin in Trinidad became “impotent” and “his testicles became swollen” after taking the vaccine.

When asked about the rumor, Dr. Anthony Fauci, the nation’s leading infectious diseases expert, said they were baseless.

“There’s no evidence that it happens, nor is there any mechanistic reason to imagine that it would happen,” Fauci said.

Trinidad’s health minister was also forced to dispel the rumor. He lamented that “so much time” was wasted fact-checking the claim.

Regardless, the singer earned heaps of praise from conservative media, including Fox News host Tucker Carlson, for her vaccine claims. On Wednesday, she approvingly tweeted a video of Carlson, who had a segment on his show Tuesday evening supporting her comments.

Minaj faced criticism from her followers for the tweet approving of Carlson, which she proceeded to respond to.

Right. I can’t speak to, agree with, even look at someone from a particular political party. Ppl aren’t human any more. If you’re black & a Democrat tells u to shove marbles up ur ass, you simply have to. If another party tells u to look out for that bus, stand there & get hit https://t.co/OhjQZCbmBa

The black woman lied on me & made ppl attack me. But I can’t quote this man who did the opposite. Okay. FUCK HIM. YASSSSSSSWOOHOOOOOOOOOO happy now? Brain dead https://t.co/kgZuuR19Y9

You know how many US Presidents were white supremacists? Oh please. Just stay on topic. Y’all can’t do that. The topic is: asking questions is OK. but let’s make the topic: Nicki talks to white racists so that you can all sleep better tonight. Dummies

Minaj also claimed that she has since been invited to the White House to discuss her vaccine concerns with the Biden administration.

The White House has invited me & I think it’s a step in the right direction. Yes, I’m going. I’ll be dressed in all pink like Legally Blonde so they know I mean business. I’ll ask questions on behalf of the ppl who have been made fun of for simply being human. #BallGate day 3 https://t.co/PSa3WcEjH3

However, a White House official told Mediaite that it had offered to speak with Minaj via phone. “As we have with others, we offered a call with Nicki Minaj and one of our doctors to answer questions she has about the safety and effectiveness of the vaccine,” the official said.

I’m doing it, babe. If you guys have questions you’d like me to ask, leave in the comments. You’ll see it in real time with full transparency. 🎀 https://t.co/ABrAjdI1qE 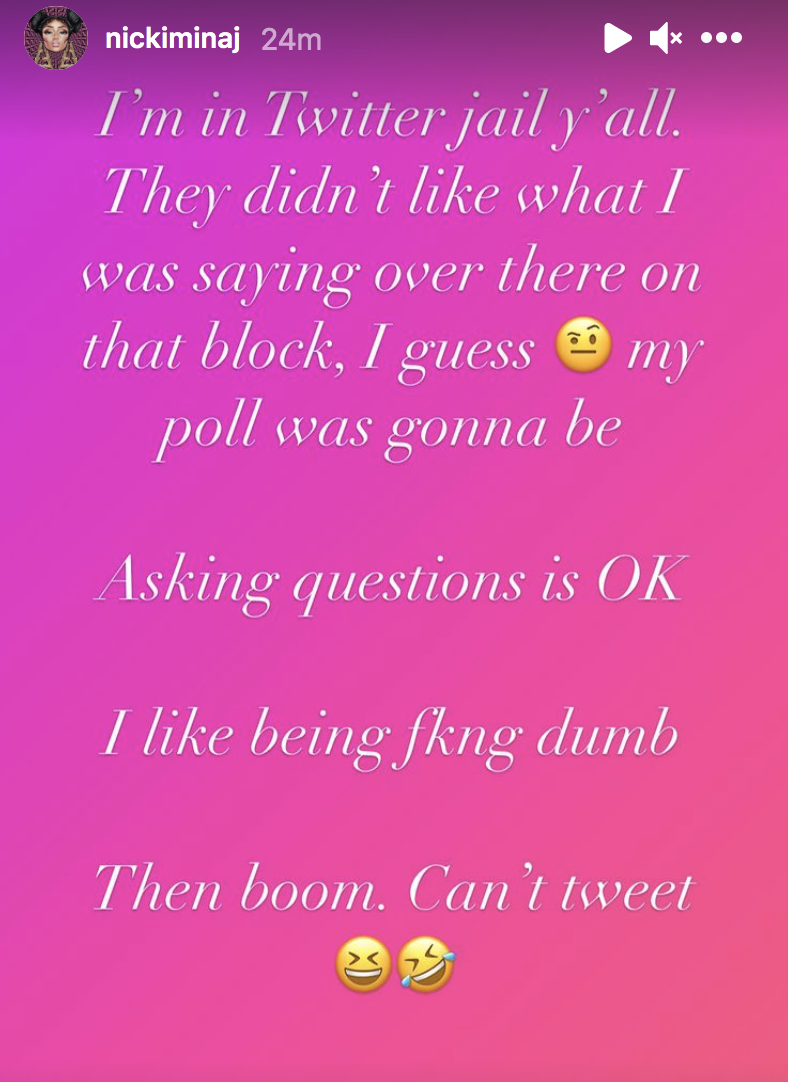