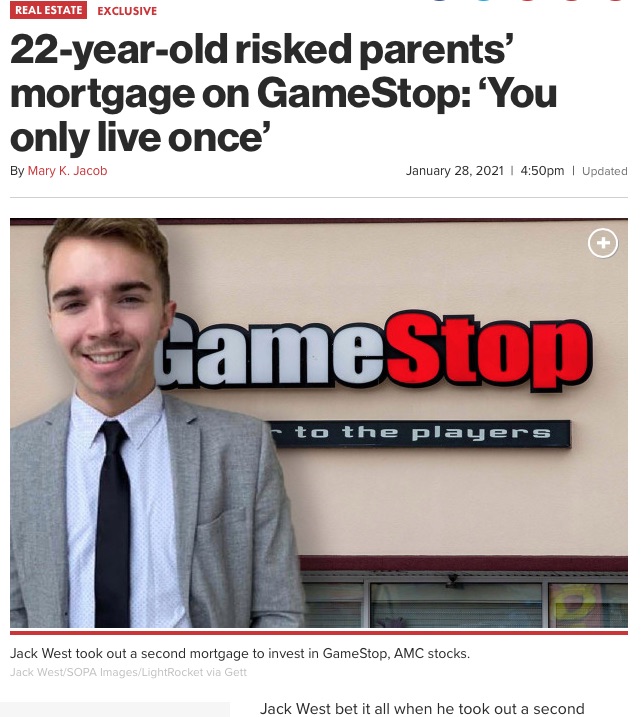 Sometimes a story that is just too good to be true, well, really is.

The New York Post re-learned that lesson on Thursday, when it had to take down a story that purported to profile a 22 year-old man caught up in the “you only live once” AMC AND GameStop stock-buying frenzy. On Twitter, user @JackoWest_3 archly claimed on Wednesday afternoon: “Just took out a second mortgage on my parent’s house while they were at work to buy more $AMC and $GME LETS GOOOO.”

Not long after, Post reporter Mary K. Jacob privately messaged him to follow up and ask him his reasoning and how he feels about taking such a big risk. But in an act of glaring journalistic malpractice, she never asked for any actual verification about key parts of his story, including his many dubious claims about the process of taking a second mortgage on a house he didn’t own or how he got the money so quickly, none of which apparently raised any red flags to her.

“His parents have no clue about his decision to take out a second mortgage on their behalf,” Jacob wrote. “West apparently made the move on Monday via a zoom call (without the camera on) with his hometown bank and the money took a couple of days to kick in.”

After the story got published, a stunned West called out the Post and laid out on his Twitter account the timeline for how the paper got so easily duped.

a timeline of events pic.twitter.com/ZZbDquvLcM

Not long after West outed the ruse, the Post pulled down the story and the reporter of the piece, Mary K. Jacob, protected her Twitter account.

Jacob briefly tweeted out acknowledgement she got burned, before that too was taken down.

Clicking the link to the story now sends you to an error page. 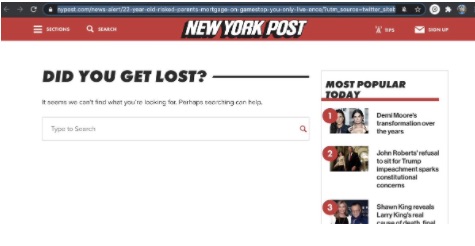 The Post wasn’t the only one that got caught up in the rush to get a juicy side story to the GameStop chaos. Fellow Murdoch media property Fox News co-published Jacob’s piece online as well — with an amusing “Parenting” tag on it — and then had to subsequently kill it too.

That fact didn’t escape West’s notice either, as he linked to the now-defunct Fox story and took a rightful shot at the negligent lack of fact-checking.

conservative news be like “hmmm today i will not fact check” https://t.co/bCz8dE8EAR

Why go through with the deception? West answered that too, linking to a Post story from last month that outed and shamed an New York City paramedic for having an OnlyFans account to make ends meet