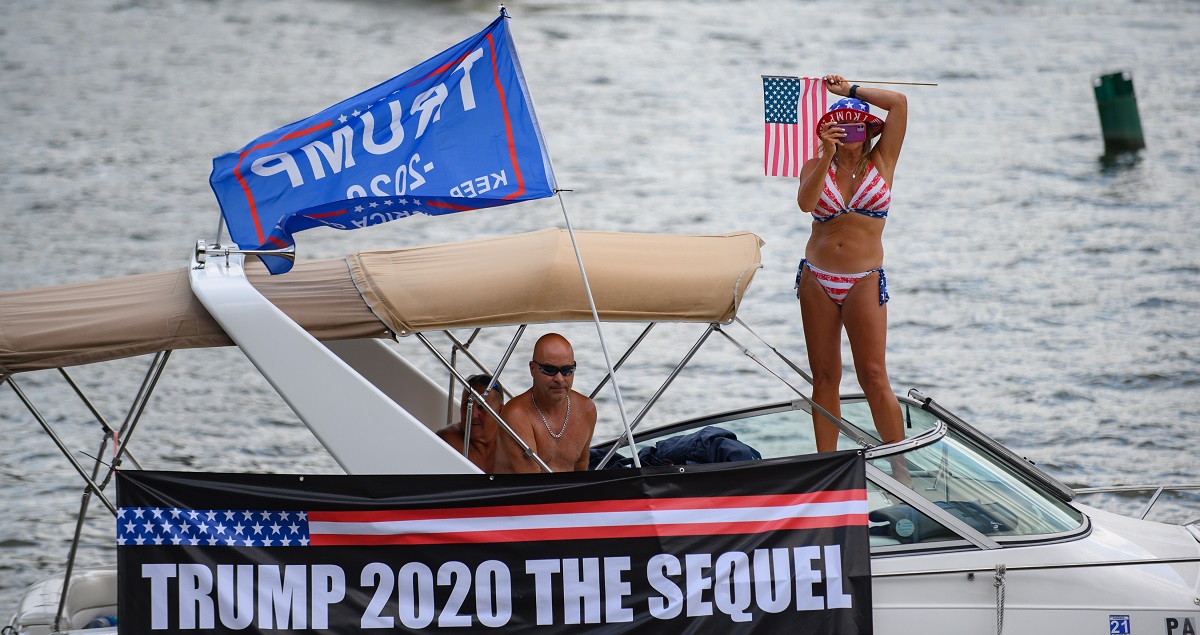 Trump pollster John McLaughlin conceded that there aren’t enough voters’ “boat parades” to propel President Donald Trump to victory over Joe Biden, but boasts that Trump has a laundry list of other supporters that includes “golfers” and “aviators” and “RV people,” and more.

Trump’s infatuation with the MAGA mini-navy that’s sprung up among his supporters has been evident from his public statements and his campaign’s emphasis on them, but a new article from Daily Beast White House reporter Asawin Suebsaeng reveals that the fascination runs as deep as a boating pun.

Suebsaeng reports that Trump has asked if his staff could set up more of the floating pep rallies, and even asked “Are we polling the boaters yet?”

But John McLaughlin, the pollster Trump tapped to do public battle with CNN over the network’s polling, acknowledged to the Beast that the yacht gaggles are not enough to ensure victory.

The good news, McLaughlin said, is that Trump enjoys support from a diverse array of recreational vehicles and other quarters:

John McLaughlin, a top Trump pollster whom the president values in part for providing internal data that give Trump significantly better odds than most of the public polling does, told The Daily Beast that though “there’s not enough boaters” to buoy the president to a November victory, “we also do well with bikers, NASCAR fans, NFL, college and high school tailgaters, golfers, aviators, RV people, campers, [and] homeowners,” for instance.

Trump has recently made overt appeals to certain subsets of these groups. He attacked NASCAR for its decision to ban the Confederate flag from its events and falsely attacked Bubba Wallace, the circuit’s only Black driver.

He has relentlessly attacked Black NFL players for protesting police brutality, attacked the Washington franchise over its name change, and attacked the league for its overtures on racial justice.

But recent polls appear to indicate that even with the folks those moves appeal to, and the aviators and campers and bikers et al., Trump still lacks the wind in his sails to defeat Biden.