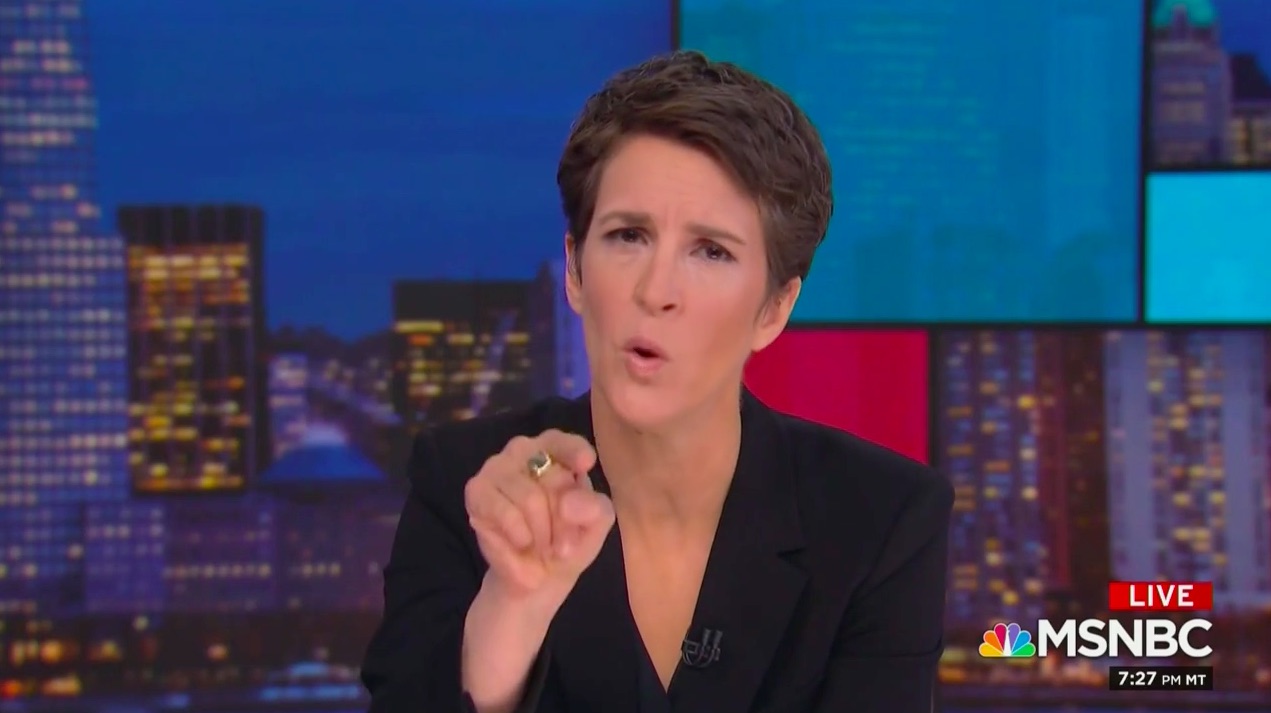 King tweeted, “@MSNBC & @maddow just reported that multiple ‘senior officials’ within the Democratic Party are interfering with the primaries to stop @BernieSanders.”

BREAKING: @MSNBC & @maddow just reported that multiple “senior officials” within the Democratic Party are interfering with the primaries to stop @BernieSanders.

They reported that the party has asked Bloomberg to drop out so that Biden would have an easier time against Bernie.

The clip which King refers showed Maddow citing reporting from NBC’s national politics reporter Josh Lederman that the Mike Bloomberg campaign was feeling “intense pressure” from Democrats Tuesday night to drop out of the 2020 race.

The MSNBC host Wednesday morning called out King, writing in a tweet, “I didn’t report any such thing.”

No. I didn’t report any such thing. https://t.co/qNKo6oWFKc

In response to Maddow called him out, King doubled down with a series of tweets:

You then say, “The Bloomberg campaign is experiencing INTENSE PRESSURE from multiple sources from inside of the Democratic Party that he needs to quit.” pic.twitter.com/K9RMtObUQz

You then followed it up by commenting on his claim that senior officials within the party were calling on Bloomberg to drop out in the name of helping Biden and harming Bernie. pic.twitter.com/qK5r5v0Lqt

King, who speaks at Sanders rallies, has a history of making statements that are misleading and false.

I’m sick of this crap.
This is why the Sanders campaign is so mistrusted. @maddow DID NOT report this. And senior officials are not ‘interfering’ in the primaries. @BernieSanders is a Democrat once every four years. Maybe he’s the one interfering in our primaries. https://t.co/4x9v4NvKlA

This highlights how broken some people’s brains are. If there’s pressure on Bloomberg to drop out to consolidate behind a moderate, that’s “interfering.” But pressure on Warren to drop out to support Sanders is good and normal. https://t.co/qlQqIjPBL8

Where is the link to prove this @shaunking? @maddow says this is a lie. Either present the truth or delete the tweet. https://t.co/CZ0A4sdGgB

I, for one, am shocked that he would make something up. So unlike him. ?

Just delete your mistake and apologize, @shaunking. It’s not that hard. https://t.co/b2GgL6zAoL https://t.co/ZEMrbx8PPR

Also Shaun King is full of shit. I keep trying to tell you. lmao

Blocking Shaun King and his b.s. and lies was one of the best moves I have made on Twitter. https://t.co/m1GqmQetzr