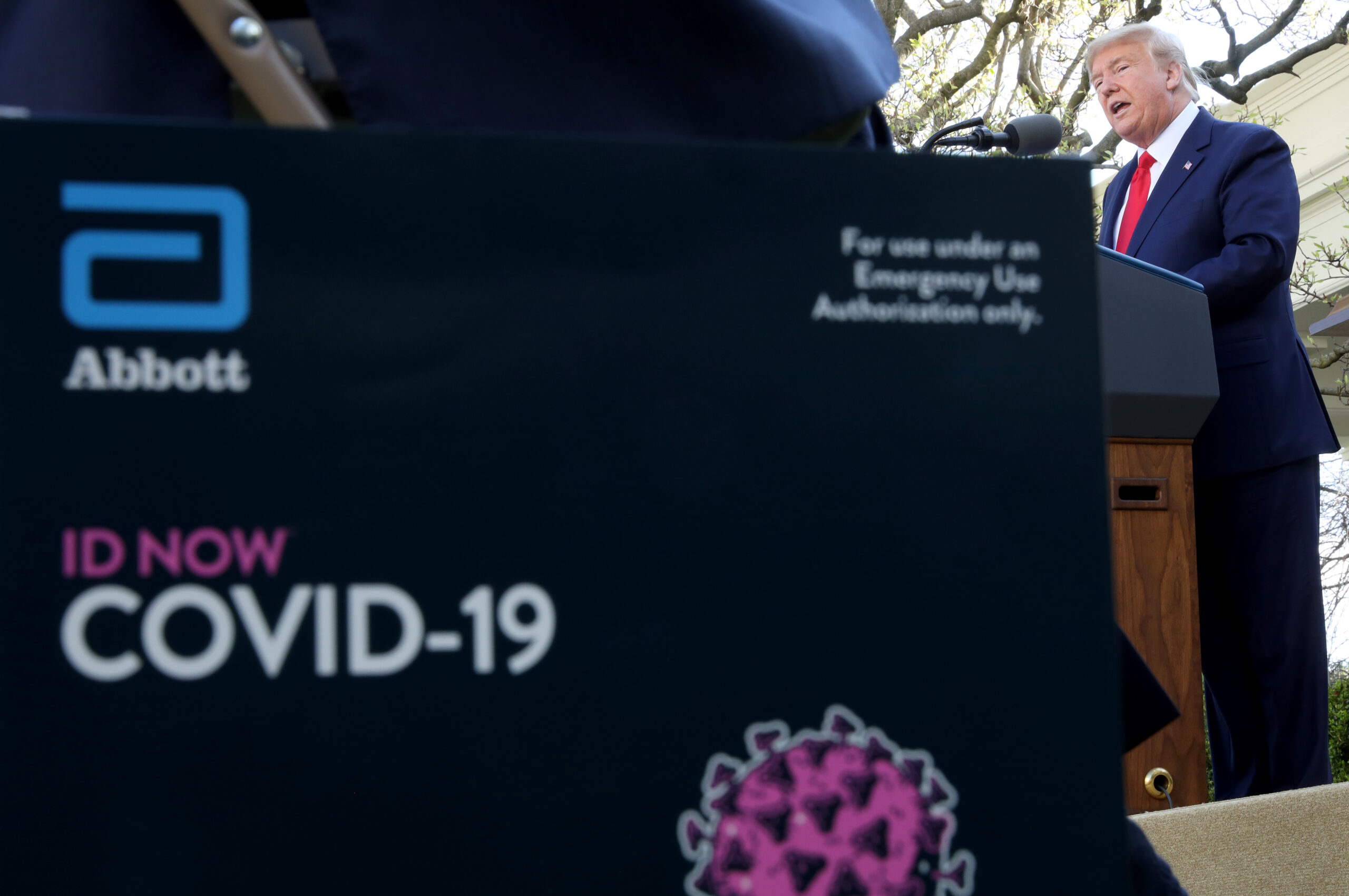 Almost half of Abbott tests, a company used by the White House to track Covid-19 for its staffers, could have missed positive coronavirus cases, according to a study done by New York University.

The study found that Abbott’s ID Now test missed at least one-third of positive tests when compared to rival tests and up to 48% in dry nasal swabs, the test currently recommended by the White House. Experts have raised concerned about false negatives in coronavirus testings in the last month, even prompting a Twitter thread from FiveThirtyEight’s Nate Silver in April.

There are several positive cases of coronavirus in the White House already. President Donald Trump revealed late last week that Katie Miller, a senior aide to Vice President Mike Pence and the wife of Stephen Miller, had tested positive for the virus. An unnamed member of Trump’s valet also has coronavirus, along with 34 secret service employees, per Yahoo! News.

According to the New York Times, “Hospitals and researchers found that if swabs were placed into a liquid solution before testing, the sample could become diluted, producing negative results for those who are infected. Abbott later revised its instructions to recommend placing the swab directly into the machine after the sample is collected.”