RNC Asking Presidential Candidates to Pull Out of Debates 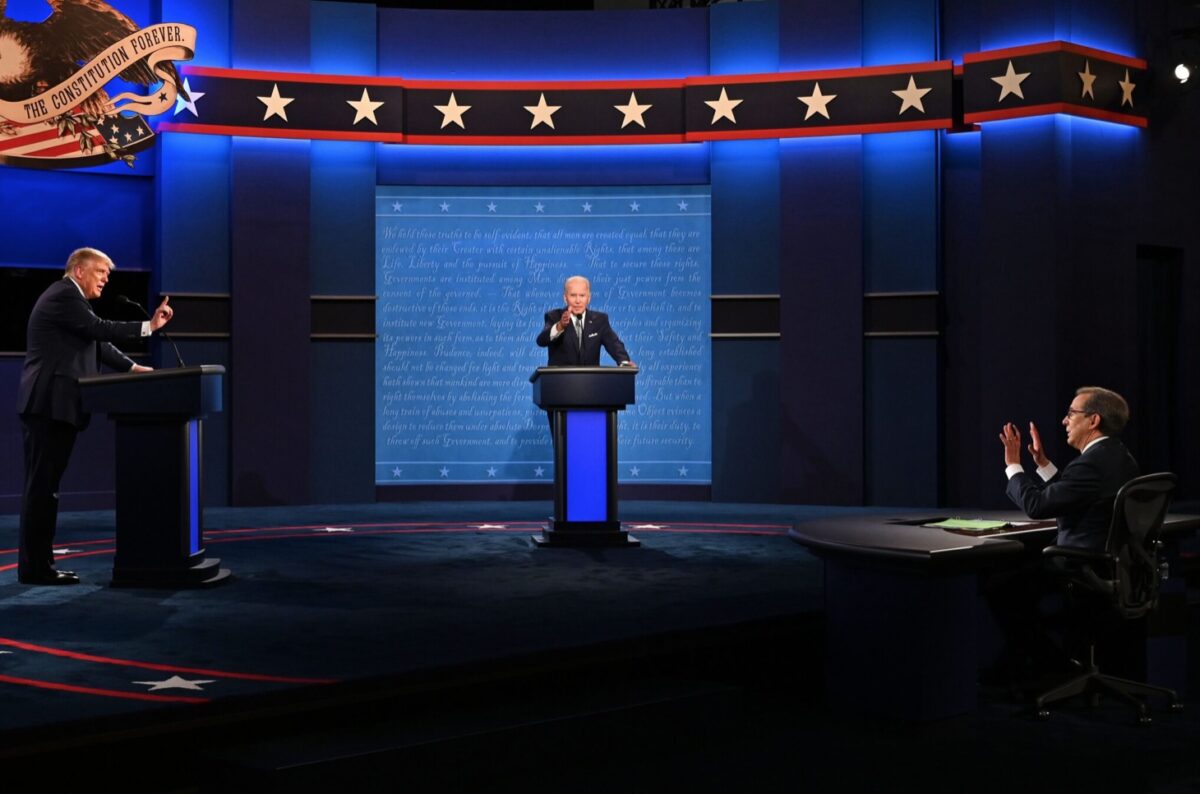 The Republican National Committee says it is taking steps to get the GOP’s future presidential candidates to promise not to participate in any debates run by the Commission on Presidential Debates.

Republican Party chairwoman Ronna McDaniel released a letter on Thursday detailing months of the RNC’s engagement with CPC co-chairmen Kenneth Wollack and Frank Fahrenkopf. The letter describes many of the RNC’s complaints that the debate structure is supposedly set up to favor Democrats, and McDaniel wrote, “the party and its voters have lost faith in your organization” after the CPD allegedly rejected proposals to reform their processes.

From the RNC letter obtained by Mediaite:

The RNC has a duty to ensure that its future presidential nominees have the opportunity to debate their opponents on a level playing field. So long as the CPD appears intent on stonewalling the meaningful reforms necessary to restore its credibility with the Republican Party as a fair and nonpartisan actor, the RNC will take every step to ensure that future Republican presidential nominees are given that opportunity elsewhere. Accordingly, the RNC will initiate the process of amending the Rules of the Republican Party at our upcoming Winter Meeting to prohibit future Republican nominees from participating in CPD-sponsored debates.

New York Times’ Maggie Haberman notes that one of the RNC’s biggest complaints is the timing of the first debate for the 2024 cycle. With how many early votes were cast in the 2020 election before the first CPD debate back then, the RNC wants the organization to fast forward the 1st debate to before early voting begins in 2024.

Among the other proposals from the RNC, one demand was that they and the Democratic National Committee get to appoint representatives to attend the CPD’s board meetings, plus they wanted more input on who gets chosen to moderate debates.

The Times notes that the CPD was considering the RNC’s proposals, but McDaniels letter accuses them of stonewalling reform “until it is too late to matter for the 2024 election”:

The RNC initiated this dialogue on behalf of its future nominee, who will undoubtedly meet any debate participation criteria. As you know that individual will have little opportunity to have this dialogue with the CPD given the short window between his or her nomination and the first debate. By then the CPD will have already completed its “quadrennial review,” structural changes will be impossible, and planning for the 2024 presidential debates will essentially be complete. The RNC therefore cannot simply “wait and see,” as the CPD seems to suggest, but must act now. To do otherwise would forestall any meaningful reform and conveniently leave the CPD unaccountable for another election cycle.

The CPD has been a frequent target of Donald Trump’s ire, for the former president and his allies frequently criticized the commission over their personnel and the rules they put in place during the 2020 election. As it were, RNC’s letter is a follow-up to the statement they sent out months ago demanding that the CPD make changes, or they will advise Republican nominees to pull out of their debates.

While this plays into Republican distrust for the media and for political institutions like the CPD, Haberman noted the caveat that even with the RNC’s proposal, “none of this is binding” for their candidates, and the GOP’s nominee “can do what they want,” which presumably includes participating in debates:

None of this is binding – a nominee can do what they want, and the nominee controls the party. But unlike previous cycles, there is far more energy among the GOP base behind it https://t.co/v08IlEsG3L