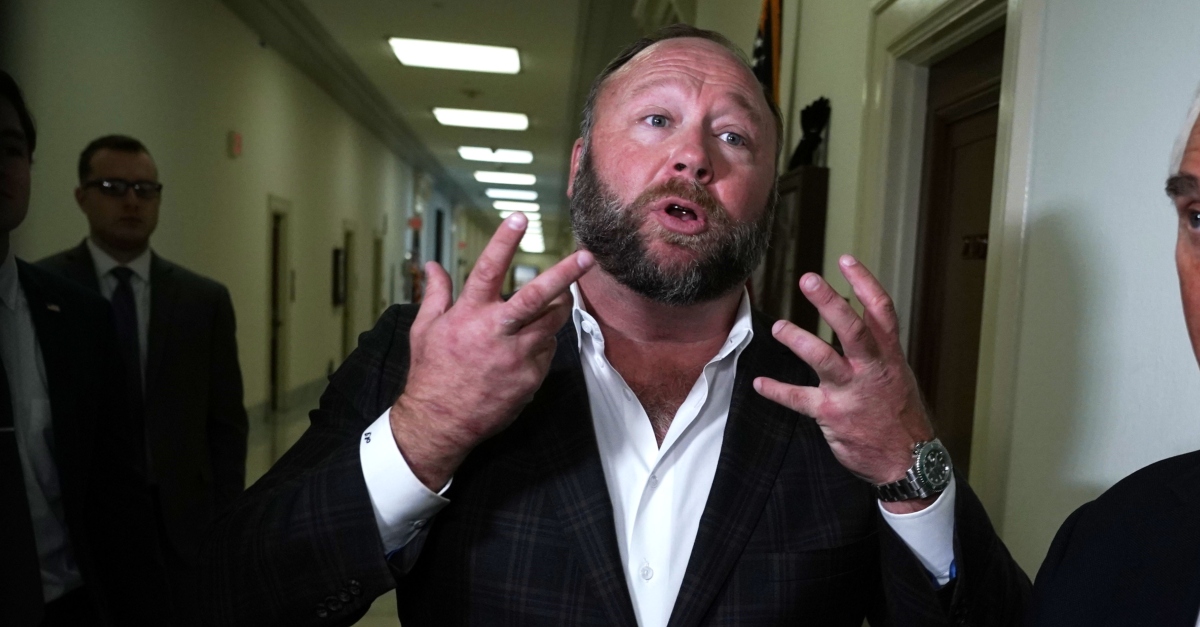 Conspiracy theorist and InfoWars founder Alex Jones was arrested on charges of driving while intoxicated early Tuesday morning in Travis County, Texas, according to reports.

The radio host has also now turned to selling his supplements as a cure to the novel coronavirus amidst fears of the virus spreading across the county.

The Austin-American Statesman was first to report the arrest of Jones.

An article posted Tuesday on his site Infowars claimed that the radio host was “drinking a small amount of sake at a Japanese restaurant” with his wife before he was arrested.

Per the Daily Beast:

Jones announced his arrest on a Tuesday episode of his show, claiming that he had blown under the legal limit of 0.08 Blood Alcohol Content. Texas law, however, allows for a driver to be charged with a DWI even if they’re under the limit, if they’re considered to be impaired.

The radio host later on Tuesday boasted on his show that his supplements, which he bills as “great antivirals,” are a sure “stopgap” to the novel COVID-19 coronavirus. (Jones’s claims are unsubstantiated, and the Centers for Disease Control and Prevention has stated, “There is no specific antiviral treatment recommended for COVID-19.”)