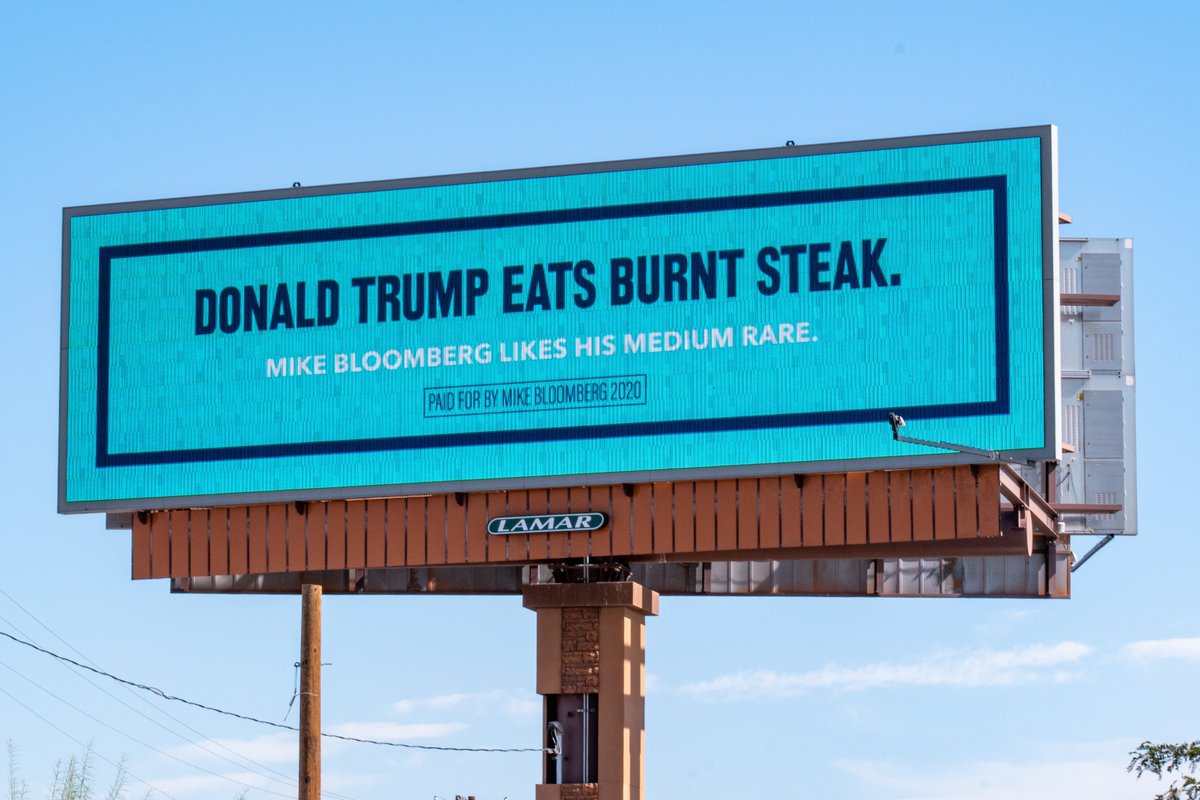 The campaign for 2020 Democratic presidential candidate Michael Bloomberg bought billboard space in Las Vegas and Phoenix amidst President Donald Trump tour of the region to call out everything from his gold game to his eating habits.

Graphic billboards were displayed on the Vegas strip, while massive paper ones loomed over Phoenix, where Trump held a rally Thursday night.

“The billboards are appearing in high visibility areas near a Trump hotel property on the Vegas Strip, and also along potential motorcade routes where the president may see them as he drives by,” CBS News reported.

The ads include one stating “Donald Trump cheats at golf,” with the response: “Mike Bloomberg doesn’t.” Another mocks the president’s controversial preference for well-done steak: “Donald Trump eats burnt steak.”

Here are some of the billboards @MikeBloomberg has up in Vegas today ahead of President Trump’s rally, per @MauraBarrettNBC. Reminder: Bloomberg is not on the ballot in Nevada (and neither is Trump) so this is more of a troll than anything else. pic.twitter.com/09OnXqre9K

The Bloomberg campaign shared a series of billboard photos on Twitter Friday, adding that “we made sure there was a nice gift waiting for” Trump.

Trump had a rally in Phoenix this week. We made sure there was a nice gift waiting for him! ? pic.twitter.com/a8juK5ATIM

Have a tip we should know? [email protected]mediaite.com