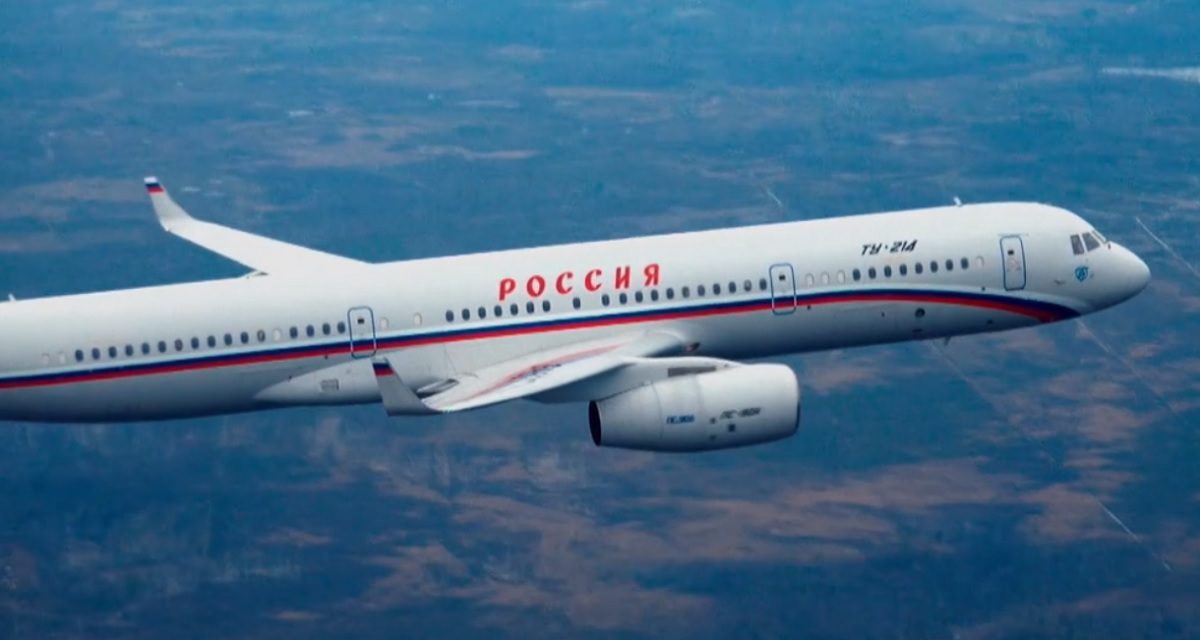 President Donald Trump inadvertently made a parody news story come true, at least partially, by tweeting a suggestion that “Aircraft One” — which is the name of Vladimir Putin‘s presidential jet — perform a flyover at his 4th of July “Salute to America” event.

On Wednesday, The New Yorker’s Andy Borowitz posted a parody news article with the headline “Trump’s Fourth of July Parade to Include Flyover by Russian Air Force.”

The item was an allusion to Trump’s relationship with Putin, as well as the conduct that led the FBI to open a counterintelligence investigation of Trump and his campaign.

On Thursday morning, Trump tweeted about his upcoming Tanksgiving extravaganza, and suggested that “Perhaps even Aircraft One will do a low & loud sprint over the crowd.” 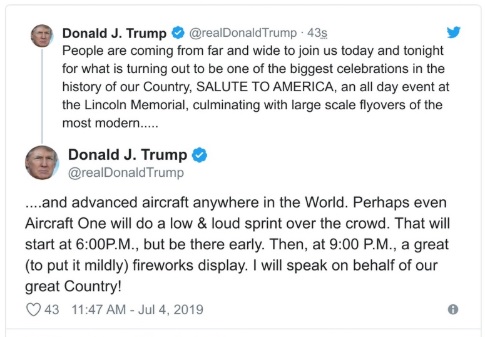 But as Breakfast Media White House correspondent Andrew Feinberg pointed out, “Aircraft One” is the name of Russian President Vladimir Putin’s presidential plane.

For those who are curious, there’s a Russian state TV documentary about Putin’s plane (available on streaming services) called “Aircraft One.”

As a matter of fact, the Aircraft One documentary is available on Amazon Prime.

Trump deleted the tweets about an hour later, and replaced them with ones that correctly identified his own plane.

People are coming from far and wide to join us today and tonight for what is turning out to be one of the biggest celebrations in the history of our Country, SALUTE TO AMERICA, an all day event at the Lincoln Memorial, culminating with large scale flyovers of the most modern…..

You can watch live video of Trump’s rally here.