Tucker Carlson Scores Highest Ratings Ever at 8 P.M. During Coverage of Iran Crisis 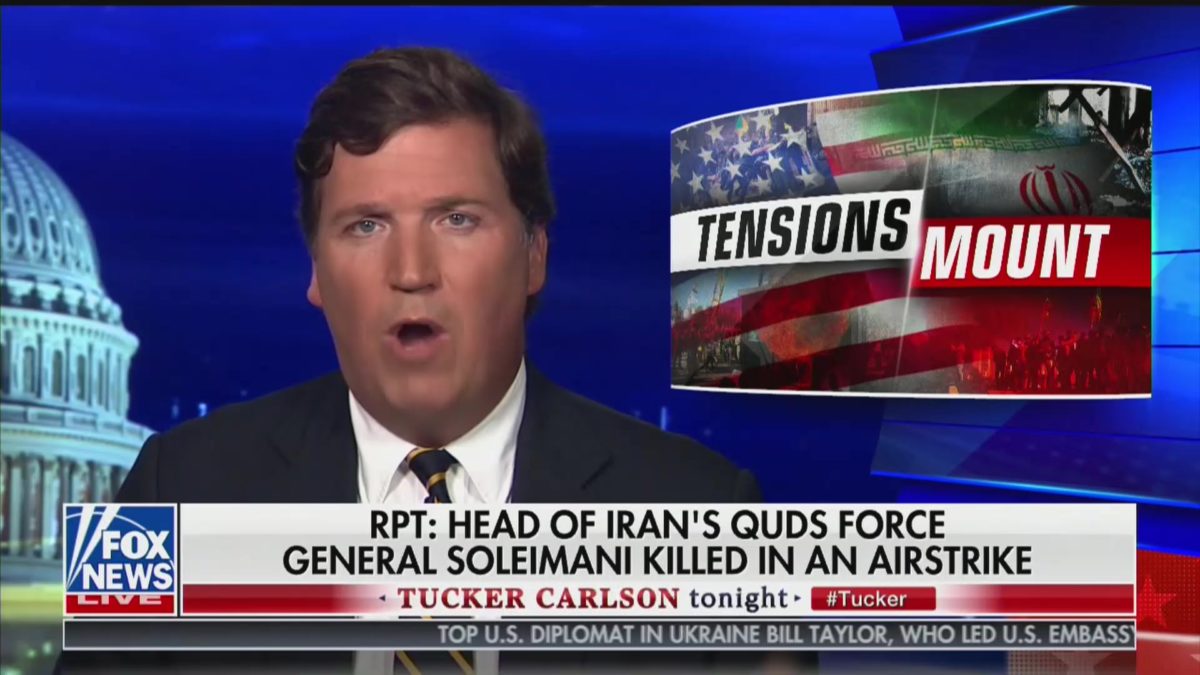 The breaking Iran news sent viewers scrambling to their sets on Tuesday nights — leading to massive across the board numbers for the big three cable news networks.

Fox News had its biggest night since Feb. 5, 2019 — when President Donald Trump delivered a State of the Union address. Among the notable performers, Tucker Carlson Tonight, whose eponymous host has made headlines in recent days with his strong opposition to President Donald Trump’s handling of the Iran crisis, posted 5.7 million total viewers, and 1.39 million in the advertiser-coveted adults 25-54 — the show’s biggest rating ever in the 8 p.m. hour, a time at which the program has aired in nearly three years.

Carlson finished second to Sean Hannity, who led the way with an enormous 5.74 overall, and 1.42 million in the key demo. How big is that audience? For comparison’s sake, in 2019, Hannity averaged 3.26 million viewers per night, and 528,000 in the demo. The Story, hosted by the newly re-signed Martha MacCallum posted outstanding Tuesday numbers, landing in third with 4.74 million total viewers and 1.22 million 25-54 during the 7 p.m. slot – shortly after the news broke.

But CNN and MSNBC had large audiences of their own. CNN’s Anderson Cooper: 360 broke through with 2.9 million total viewers, and an astounding 1.02 million in the key demo. The latter number was good enough to place AC:360 in the top five for the category on Tuesday. Also topping one million in the demo for CNN was Chris Cuomo’s Cuomo Prime Time. The show had 1.01 million 25-54 viewers, along with a stellar 2.73 million overall.