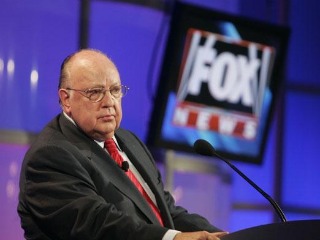 Adweek has offered a retrospective of Fox News now that the “little network that could” is the midst of celebrating its 15 years on the air. Mediaite readers know that, last week, the network celebrated this milestone with a party, during which Fox News head Roger Ailes held up an issue of USA Today, from 1996, that had taken a skeptical view of the then brand-new network, even pointing out that it had less money than NBC, ABC or CBS or CNN. Ah, simpler times.

But more than merely looking back on the network or its influence on politics and pop culture (or its ability to throw a pretty good party), the Adweek piece notes how Fox News managed to change the way TV itself works:

Under normal circumstances, once cable operators are convinced to pick up a network, they enter into what’s called a carriage agreement wherein the cable provider—Time Warner Cable, say, or Cablevision—agrees to pay the network a certain amount per subscriber for its programming. This accounts for a large chunk of a cable network’s revenue. (The median rate is around 25 cents per subscriber per month; CNN gets 51 cents and MSNBC pulls in an average of 17 cents.) Murdoch and Ailes settled on a different approach. In order to get off the ground, Fox needed viewers, so Ailes and Carry met with cable chiefs from across the country—from New York to Kentucky and California—and offered to pay them around $10 per subscriber to carry Fox News. It was a huge sum. But the bet paid off—a decade and a half later, many of those contracts are due for renewal, and News Corp. isn’t the party that’s paying anymore.

“In making the decision to pay for distribution, they changed the paradigm forever,” says Current TV co-founder and CEO Joel Hyatt. “Once Rupert was willing to pay for carriage, it ended the era of anybody being able to go in and launch a network de novo for which license fees were available.”

As for the future? Fox News is looking into renegotiating its subscription fees “way up” as it considers itself in the same tier with league with networks, like ESPN, that can command quite a bit per subscriber. And, as the article plainly states, this poses a little problem for cable operators, which, at this point, “simply cannot live without Fox News.”

Adweek‘s Michael Wolff — who knows a bit about Ailes following the extensive research on the man Wolff conducted while preparing his biography on News Corp. head Rupert Murdoch — also weighed in, describing Ailes as being full of “full of piss, vinegar, and brio.”

Wolff’s particular focus — which involves taking a look at whether Ailes is himself as devoted to right-wing politics as his creation — is not a new one, but that doesn’t mean it’s one that isn’t worth pursuing, particularly amidst new reports that the network is seeking a more moderate, centrist approach. Regardless of his real or imagined political agenda, however, Ailes remains a unique figure in business and television — a veritable James Dean of opinions news media, if Wolff’s musings are any indication:

But, if the fun principle isn’t about conservatism, per se, but about giving the finger to everybody else, then shouldn’t Ailes be something of a vaunted anti-hero?

Who, with heart and imagination, and a problem with authority, wouldn’t want to do what Ailes has done?