After Trump Calls Media ‘Dishonest’ Over Six-Pointed Star, They Hit Back on Twitter

After Trump Calls Media ‘Dishonest’ Over Six-Pointed Star, They Hit Back on Twitter 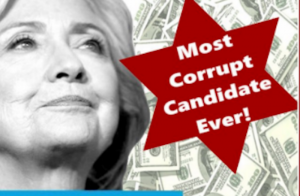 Where were you this weekend? You were probably doing fun things with your friends and family to celebrate the 4th of July, so to understand what Donald Trump was doing over the past few days, you’ll need a little review. It’s understandable.

Saturday, Trump tweeted a graphic featuring Hillary Clinton, some words about her being the “most corrupt” candidate ever, and a six-pointed star, or, you know, a Star of David. He quickly reissued the tweet with a new shape where the star had been, and both were visible on his account for a time until he deleted the first one. Many of his mouthpieces, including Corey Lewandowski, made a public display of rolling their eyes at anyone who said that the six-pointed star was inappropriate. Lewandowski called it “political correctness run amok.”

Yesterday, it came out that the image had been lifted from what looks a lot like a neo-Nazi post on a message board that isn’t exactly unfriendly to those sorts of posters. Today, Trump called any media members reporting on it “dishonest” and said that it couldn’t be a big deal because sheriffs wear six-pointed stars all the time. So, to recap, Trump was accused of using neo-Nazi imagery to degrade Clinton and somehow turned the argument around to claim that his detractors were anti-cop.

Reporters and influencers are not excited to be called “dishonest.”

Dishonest media is trying their absolute best to depict a star in a tweet as the Star of David rather than a Sheriff’s Star, or plain star!

Some were just sarcastic:

Pretty cool that Israel honored the American frontier spirit by putting a sheriff’s badge on their flag! https://t.co/PU9yAoRoX7

.@realDonaldTrump thank you; donald’
happy july forthfrom my sherriff to yours pic.twitter.com/4z9es6mC61

Others pushed back on Trump’s blasé attitude:

Then why did you delete it if it wasn’t an issue? https://t.co/eYKFLrG0kd

.@realDonaldTrump So lemme guess. You’re NOT going to explain why you deleted that tweet if it wasn’t antisemitic?#Dipshit#USALaughsAtYou

Others, like the Daily Beast‘s Olivia Nuzzi, were just scathing with their responses:

Dishonest media is trying their absolute best to depict a series of lines as a swastika rather than an abstract drawing, or just plain art!

Still, the most damning evidence that the star represented much more than sheriffs to many who saw it can be seen in their own comments:

@TarpCPH @realDonaldTrump Because neurotic Jews were bitching so much. Anything to shut them up.

This election could very well permanently alter the way the public defines “dishonest.”