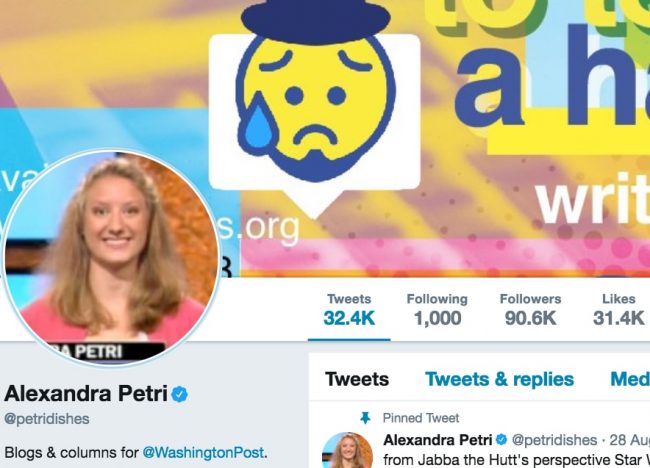 New York Times contributor Lindy West once quipped that Twitter was only good for  “trolls, robots and dictators.” That bleak assessment is incorrect, however, since it ignores another — generally more uplifting — and in a class entirely alone: Alexandra Petri.

Petri snagged her own column at the Washington Post in 2010, and has been making us laugh with her devastatingly insightful writing ever since.

Choosing our ten favorite Petri tweets was no easy feat and while this list is by no means definitive, we hope it will be a nice guide for the uninitiated and the very initiated alike.

On the death of Roger Ailes

skirts at Fox News today will be lowered to half-mast

I Did Not Like It One Bit When The President Stabbed That Little Girl In The Leg, commented one senator on his way to vote against trees

Crucified Man Had Had Prior Run-Ins With Local Authorities

On that Chris Christie hostage situation

chris christie looks like he’s seen a ghost and that ghost has forced him to watch mufasa die https://t.co/9nSHKlilSO

On “the woman card”