Anchor at Sinclair-Owned Station Slams Trump for Defending Anti-Media Campaign: ‘This Isn’t Funny at All’ 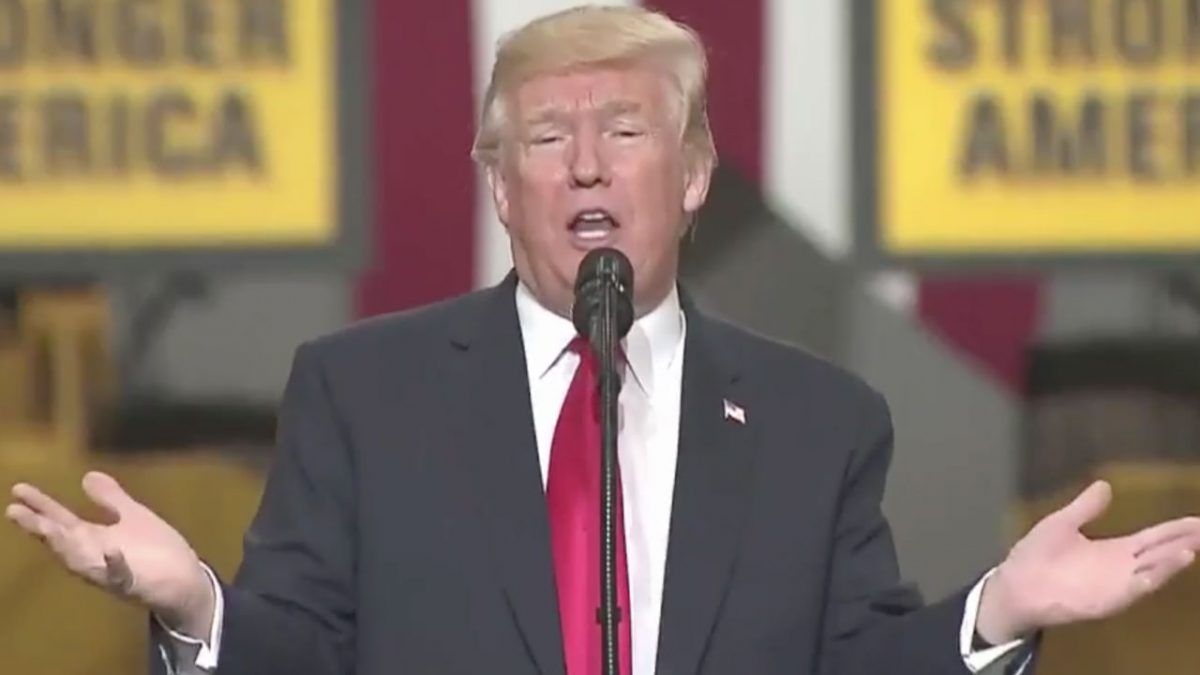 This morning, President Donald Trump took to Twitter to weigh in on the controversy that has bubbled up over broadcasting company Sinclair forcing anchors at its local TV stations to read aloud anti-media television promos decrying “fake news” at other media outlets. Critics have called the Sinclair script propaganda, especially after Deadspin put together a mashup video showing dozens of Sinclair news hosts delivering the promo in unison.

In his tweet, the president came to the defense of Sinclair, claiming it was “funny to watch Fake News Networks” criticize the media company, especially since the local TV giant was “far superior to CNN and even more Fake NBC, which is a total joke.”

So funny to watch Fake News Networks, among the most dishonest groups of people I have ever dealt with, criticize Sinclair Broadcasting for being biased. Sinclair is far superior to CNN and even more Fake NBC, which is a total joke.

After the president defended the broadcaster — a company that has been accused of pushing a pro-Trump narrative in its news broadcasts — an anchor at a Sinclair-owned station shot back.

Actually, this isn't funny at all.
None of it.
When media giants gobble up local news stations, there are repercussions. And since you brought it up first this morning, will your admin green light the Tribune buyout? https://t.co/9Udm54LLOx

As you can see in the tweet above, KOMO anchor Mary Nam noted that “this isn’t funny at all” while stating that there are “repercussions” when “media giants gobble up local news stations.” Nam also wanted to know if Trump were going to greenlight the Sinclair-Tribune Media merger. Sinclair could end up controlling over 230 local stations if the deal is approved.

It was reported last week that employees at KOMO, a Seattle-based station, were unhappy with the Sinclair script, with one newsroom employee stating that it felt like “a forced thing.”