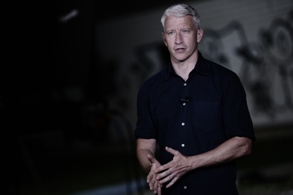 CNN’s Anderson Cooper is closely tied to the Hurricane Katrina story, and as its five-year anniversary approaches, he has been reporting and anchoring for the network from New Orleans.

Today Mediaite talked to Cooper for a podcast about New Orleans five years later, what the press did wrong and his take on the upcoming new CNN prime time line-up.

Last night Cooper interviewed former FEMA director Michael Brown – certainly one of the faces tied to the Katrina debacle. But Cooper says “there were failures at all levels” including by the press. He pointed to “reporting things that didn’t happen, reporting things based on what the Mayor said or what the Chief of police said or what people said without independently confirming.”

We asked his take on Harry Shearer‘s comments about the “grandstanding” by the press, singling Cooper out specifically. “It’s unfortunate he thinks that,” Cooper told Mediaite. “In general, he’s pretty critical of the media…I’d like to actually see the film.”

But while Shearer was critical of the mainstream media as a whole, there’s no denying CNN has devoted more resources than most to the story. “It doesn’t surprise me we would do it more than other people would,” said Cooper of his network. “It’s the kind of thing that CNN does.”

As for changes to CNN’s prime time (Eliot Spitzer and Kathleen Parker definitely, Piers Morgan maybe), Cooper tells us, “It’s exciting to see changes…Obviously the 8 o’clock has had problems for a long time, and I think it’ll be exciting to see.”

Check out the full BlogTalkRadio podcast below. Cooper tells us why this story is “without a doubt” on of the most personal to him, why it’s “criminal to be in New Orleans and not have a great meal” and more: