Andrew Breitbart To Mediaite: Yes, He’s After The ‘Institutional Right,’ Too 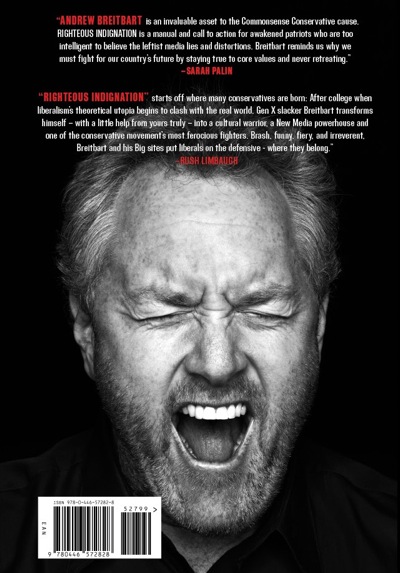 Andrew Breitbart isn’t angry; he’s just enlightened. That’s the message of his contentiously-titled new book, Righteous Indignation, a work that may look and sound like the fruit of rage, but at its core, is an exposition of the power structure Breitbart sees himself fighting against. It’s a recruiting tool to build his army in the war against what he calls “Democratic media complex” that leaves no stone unturned on the left. In turn, Breitbart leaves many questions on how to police the right unanswered. I sat down with Breitbart on Monday to get a deeper look into who he’s fighting, why he’s fighting them, and just how much bad behavior he is willing to overlook from conservatives in order to take liberals down.

We meet in Breitbart’s hotel lobby, then cast about for a Starbucks to settle into. Even as we search for a suitable location, the interview is already underway. Perhaps fittingly, Breitbart and I end up in the Starbucks across from Fox News’ midtown headquarters.

Breitbart can go for hours dismantling arguments from and about the American left– he despises their elitist system and has spent many years both working inside it, and studying it from afar. Much of Righteous Indignation chronicles his years as a “default liberal,” when, he tells me, all the books he read in college literature classes were “about rape,” and injected him with a pervasive self-loathing for being American.

Yes, academia is a major Breitbart target– in my estimation, his biggest and most complex. He calls the current higher education system a “factory” of liberal thought where, ultimately, “there’s no there there” intellectually. In his book, Breitbart corroborates his arguments, that the current academic system is dangerous, with copious references. However, he doesn’t rely simply on your standard Marx and Engels (and, of course, Saul Alinsky), but Jean-Jacques Rousseau, critical theorists of the Frankfurt School, and a host of other citations straight out of your standard sociology core curriculum. The result, he explains, is that “if you go into an academic institution with a clean slate, you are very likely to come out a liberal. That is a huge problem.”

For conservative academics, he argues, the problem is not indoctrination, but exclusion for having the “wrong” ideology, citing Camile Paglia as an example.