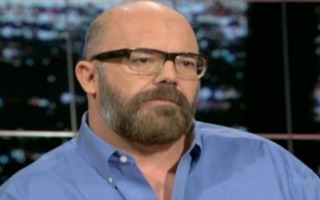 Andrew Sullivan, famous after his public meltdown following President Barack Obama’s first debate performance – which pundits uniformly declared a poor debate for him and a solid one for his challenger, Republican nominee Mitt Romney – is again crestfallen after Obama’s poll numbers have failed to tick back upwards after the second debate. Sullivan’s latest post conjures images of the famed political blogger back in the bathtub, razorblades close at hand, staring contemplatively into Vicodin-laced glass of Pinot as he ruminates on the many reasons why voters should reject Romney but seem to be doing just the opposite.

“There seems increasingly little doubt to me that Romney has the momentum now, and that October 3 was indeed the moment this election completely re-shaped itself,” Sullivan wrote.

Sullivan imagined the nightmarish hellscape Americans will face in a post-Obama world:

None of the proposals domestically add up (which means much more Republican-driven debt); we will be soon engaged in a protracted war against Iran, regardless of the views of the American public (more debt, untold damage to the global economy, a wave of renewed Jihadism to be met with more bombs and restored torture); millions will soon lose the only decent chance they had for health insurance, and those of us with pre-existing conditions will remain vulnerable to bankrupting ourselves if we ever lose private insurance for a period; but we sure will have more battleships for the long hoped-for neocon Cold War with China. And billionaires sure won’t pay more to help out.

Sullivan made headlines after the first presidential debate when President Obama delivered a decisively lackluster debate performance against Romney. Sullivan opined after that debate that he had never seen an incumbent president throw away a lead like Obama, describing Obama’s debate as “lazy,” “feckless” and a “dare not to vote for him.”

Sullivan’s spirits briefly rebounded after the second debate, but it seems that The Daily Beast columnist is back to despair after opinion polls have shown Obama received no bounce in the days that followed. “Obama is now fighting for his political life,” Sullivan wrote on Monday. “And right now, to my genuine horror, he’s losing to a fraud, a war-monger, a liar and a budget-buster.”

Read the full post here via The Daily Beast