Are There Any Secret Time Travelers Hiding Out on Twitter?

Are There Any Secret Time Travelers Hiding Out on Twitter? 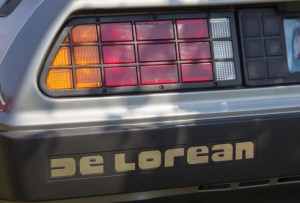 If you traveled through time and decided to stay in this brand-new time period, how careful would you be in not giving yourself away? A research team at Michigan Technological University’s Department of Physics thought this a good, slightly tongue-in-cheek topic for a research paper, and so they curated years of tweets [PDF] to try and determine if anyone may have accidentally given away their true origins.

The commitment to presenting this whole thing seriously is impressive. For example, here’s how they laid out the parameters of the study.

They chose two terms to investigate: Comet ISON and Pope Francis. The former was discovered in late 2012 and no one knew much about the latter until this past year, so the research team searched Twitter and other sites for any mentions of these two things from 2006 to the present day to see if anyone’s language or eery predictions might suggest they are time travelers.

The only anomaly they found was someone’s blog post including the phrase “Pope Francis,” but they deemed it to be too speculative for someone who would have advanced knowledge of these events.

Probably not. But still, a man can dream.