Balloon Boy: What’s So Funny About The Media’s Abuse? 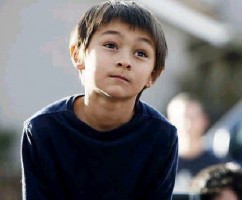 The story of “Balloon Boy” Falcon Heene has become the newest national joke, the “I’ma let you finish” du jour. While there are humorous elements to the story, the media seems to be ignoring the darkest chapter in this story, and their (our) complicity in it. Recently, The Rachel Maddow Show and Countdown have each run lighthearted, humorous segments specifically about Falcon Heene‘s bout with nausea on NBC’s Today Show. While they’re surely not the only ones to make light of this, they are the straws that broke the camel’s back.

Here are the clips from Countdown and The Rachel Maddow Show:

We contacted MSNBC about both segments, and they declined to comment.

Those morning show appearances have been weighing on me. While I’m disappointed in Olbermann and Maddow, two people who do 99% excellent work, they are not alone here. We all sat by and watched that 6 year-old become violently ill on The Today Show and Good Morning America. We know for a fact, now, that the child’s father was making him lie, and it’s likely what made Falcon sick that morning. The problem is, we all pretty much knew it at the time, too.

Falcon Heene did a courageous thing by telling the truth on national television, and his reward was to be ignored. Wolf Blitzer fumbled the follow-up, and the authorities dithered, still believing Richard Heene‘s lies. While our own Dan Abrams theorizes that the Sheriff’s ignorance may have been strategic, that would have been a strategy that didn’t benefit the child. Falcon Heene went to sleep that night knowing that he wasn’t believed.

Falcon’s confession could not have been clearer, yet for some reason, the media continued to treat the idea of a hoax as an open question, a 50/50 shot. The following morning, Richard Heene went on TV and fed his son a lie for him to agree to, after who knows what kind of coercion. Why did these interviewers not press Heene on the details of a story that clearly did not add up? Why didn’t they call him out? Most importantly, why did they continue these interviews while the child was in obvious physical distress? The fact that his parents didn’t have the decency to do this is little excuse when you consider their part in Falcon’s situation.

Next: Further media wrongdoing on GMA and Today