Bill Clinton: Americans Do Not Have The Right To Resort To Violence 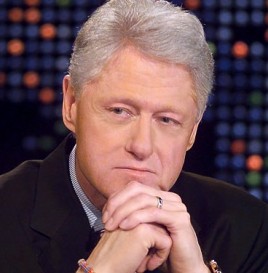 Former President Bill Clinton marks today’s 15th anniversary of the Oklahoma City Bombing with an op-ed in the New York Times that continues his cautionary campaign against violent rhetoric. Following up on statements made last week and again this weekend, Clinton again loosely connects the tone of the country circa 1995 to that of today, warning that we are getting close to crossing the same violent line that was crossed fifteen years ago.

Americans have more freedom and broader rights than citizens of almost any other nation in the world, including the capacity to criticize their government and their elected officials. But we do not have the right to resort to violence — or the threat of violence — when we don’t get our way…Fifteen years ago, the line was crossed in Oklahoma City. In the current climate, with so many threats against the president, members of Congress and other public servants, we owe it to the victims of Oklahoma City, and those who survived and responded so bravely, not to cross it again.

It’s interesting to see Clinton take up this mantle so forcefully: one has to wonder whether he was asked to do so, or if he just saw an opening to be useful and insert himself into the current raging debate over political rhetoric and violence. At the risk of being cynical, he’s certainly getting a lot of airtime out of it (something he’s never been averse to). At the same time he’s not only managing to add some gravitas to what initially felt like a heated cable shoutfest, but also a reasonable voice. The question remains whether he’s just put himself on a collision course with Sarah Palin’s Facebook page…and if so, what might that crash look like.