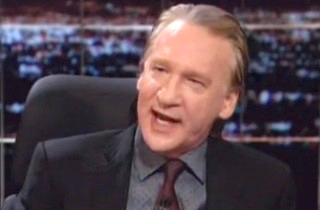 Bill Maher‘s invitation to speak at UC Berkeley’s commencement ceremony in December came under intense fire from students, but despite the complaints from undergrads, the university still plans to have Maher speak in two months. In case you haven’t heard, the HBO host’s past comments on Islam earned him cries of bigotry from Berkeley students, claiming his commentary “dangerous” and that it “perpetuates a dangerous learning environment.”

The undergraduate student group The Californians voted for formally rescind Maher’s invitation to speak. However, the university issued a statement yesterday making it clear that they have no intention of disinviting Maher.

Here’s part of that statement:

The UC Berkeley administration cannot and will not accept this decision, which appears to have been based solely on Mr. Maher’s opinions and beliefs, which he conveyed through constitutionally protected speech. For that reason Chancellor Dirks has decided that the invitation will stand, and he looks forward to welcoming Mr. Maher to the Berkeley campus. It should be noted that this decision does not constitute an endorsement of any of Mr. Maher’s prior statements: indeed, the administration’s position on Mr. Maher’s opinions and perspectives is irrelevant in this context, since we fully respect and support his right to express them. More broadly, this university has not in the past and will not in the future shy away from hosting speakers who some deem provocative.

Meanwhile, Maher himself has not commented yet on the campus uproar, but said on Twitter yesterday he’ll be addressing it on his show on Friday:

Every news outlet asking me 4 comment on this Berkeley thing but then i remembered: I'VE got a show!And thats where I'll address it,Fri nite