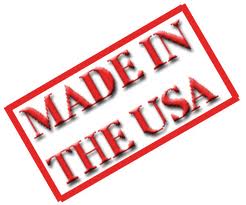 Hawaii Governor Neil Abercrombie’s one-man crusade to end the “controversy” over President Obama’s birth certificate has hit a dead-end that is sure to delight WorldNetDaily, Orly Taitz, and legions of Birthers everywhere. The Governor’s office told the Associated Press that Hawaii’s privacy laws prevent Abercrombie from pursuing the matter any further.

Aside from his implication that the Obama administration is capable of murdering Abercrombie, Rush Limbaugh might have a kernel of a point about who this helps.

Abercrombie’s Richard Kimball-esque mission dates back nearly a month, when he announced his intention to clear this thing up once and for all. Since then, Birthers have managed to re-emerge into the news cycle to remind Americans just how unhinged this sector of opposition to the President is. Now, the quest ends with a tidbit that doesn’t seem like it should have taken a month to find out. From the AP report:

“There is nothing more that Gov. Abercrombie can do within the law to produce a document,” said Dela Cruz. “Unfortunately, there are conspirators who will continue to question the citizenship of our president.”

Whether the White House is involved or not (and there’s no reason to believe it is, Limbaugh’s suspicions notwithstanding), does anyone really think that a 2012 election centered around a vocal Birther movement really hurts Obama’s chances at this point? Abercrombie says so, but then, why take a month to announce something he could’ve found out with a quick Google search?

On the other hand, if the economy is still slow to improve as the 2012 election unfolds, having a gaggle of Birther loons running around on cable TV could be a helpful distraction for the President, and a handy embarrassment for Republicans, who will be forced to either denounce them in the name of sanity, or smile nervously for fear of alienating them.

The President has nothing left to prove regarding his eligibility for the Presidency, and so will surely decline to provide more than he already has in the way of birth records. This will surely throw gasoline on the Birther fire, but those flames will only serve to burn those who stand too close to the Birthers.