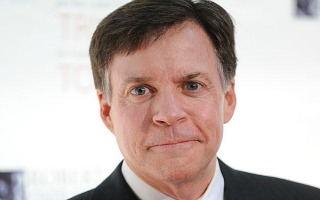 NBC’s iconic sports broadcaster, Bob Costas, inflamed gun rights advocates and ingratiated himself to the gun control set when he took the opportunity of a recent NFL broadcast to evangelize for his belief that there should be fewer firearms available to the public. Caught in a firestorm of controversy after the comments, Costas embarked on a whirlwind media tour to justify his half-baked opinion – appearing on MSNBC’s The Last Word yesterday and Morning Joe this morning, and sitting down with Fox News Channel’s O’Reilly Factor tonight. But a recent quote he gave to The Washington Post as part of his pride-fueled press junket has exposed Costas’ ignorance about the subject of gun control.

After bursting out of the gate with a seemingly nonsensical objection to gun ownership, suggesting that if Kansas City Chiefs player Jovan Belcher had not had a gun, he and his girlfriend would be alive today, Costas is now attempting to present himself as a moderate with perfectly reasonable views on the subject of gun control:

“Here’s where I stand: I do not want to see the Second Amendment repealed. … People should be allowed to own guns for their own protection,” Costas told The Post. “Obviously, those who are hunters. … Access to guns is too easy in some cases. I don’t see any reason a citizen should be able to arm himself in some states in ways only police or military should — to have a virtual militia [by] mail order or gun shows.”

Seems reasonable, no? Certainly, these are real controversies that honest advocates for both sides of the gun control debate can have frank disagreements over. But Costas did not stop there:

“Why do you need a semi-automatic weapon? What possible use is there?”

Mr. Costas, semi-automatic firearms are handguns. I have never fired a weapon, nor do I have any desire to do so, and I am at least somewhat aware of the basic parameters of the debate over gun control. In fact, I regard an introductory-level understanding of the subject on which you are opining as a pretty important prerequisite to opening one’s mouth (or putting hands to keyboard, as the case may be).

There is no serious legislative proposal with the aim of banning semi-automatic weapons. If this is what Costas is advocating – a near or total ban on semi-automatic weapons – it would place his views well outside the mainstream of American political opinion. While some handguns, like revolvers, are not semi-automatic, the debate is academic; those weapons can be fired as fast as a semi-automatic handgun. Furthermore, according to American Firearms.org, the top two guns used in violent crimes are both revolvers — the Smith & Wesson .38 special and .357 revolver.

If Costas succeeds in his evident crusade to become a touchstone in the gun control movement, it should — by the laws of nature — damage that movement’s credibility.

“There are those who believe that denying a semi-automatic weapon or an assault rifle is the first step down a slippery slope in denying an old lady a gun for her own protection,” Costas concluded.

Perhaps it would be a better idea to allow those old ladies only bolt-action rifles for their protection. Better still, imagine the terror that would seize the hearts of a home invader as he watched his potential victim tamp powder and ball down the barrel of a flintlock musket.

I mock Costas because his statement should be mocked. Too often the Washington-New York-Boston media complex allows itself a hearty chortle at the hill-folk in flyover country who “cling to their guns and religion,” but foolishness like this statement by Costas is as nakedly ignorant and morosely farcical as any baseless pronouncement by the most paranoid Doomsday-Prepper.

Those concerned citizens with well-thought-out and moral objections to the proliferation of firearms should be mortified by Costas’ ignorance about a subject on which he is submitting himself as an expert.

Costas knows a lot about sports, but he is a lackluster public policy advocate. He should stick to a subject he is comfortable with.