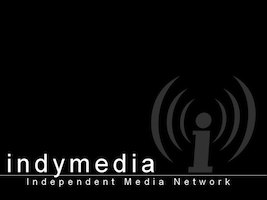 It’s just now coming out that officials in the Bush and Obama Justice Departments tried to get the IP addresses of every visitor to Indymedia.us, a left-wing, anticapitalist news site. When the site’s administrators wanted to share the story with the Electronic Frontier Federation (EFF), the government initially tried to stop them with a gag order. The kicker: Glenn Beck, of all people, may be coming to Indymedia’s defense.

Here’s a rundown, drawn primarily from a CBS News report and a firsthand account by an EFF attorney. On January 29, Kristina Clair, a network administrator, got a Justice Department subpoena requesting the IP addresses and other key pieces of information for every single person who accessed the site on June 25, 2008 to aid with a grand jury case in Indiana; this followed requests for a mailing address a few weeks prior.

For those of you keeping score, the IP address landgrab was propagated by the Bush Administration, but the case was continued into the Obama administration, as were efforts to keep Indymedia quiet. This may not be terribly surprising given the number of career civil servants who work at the Justice Department … but it gives the lie to the notion that the Obama administration magically stopped federal agencies from playing surveillance hardball.


According to accounts, this was a massive, troubling request  to Clair for a number of reasons, but she didn’t have to approach it head-on: since Indymedia doesn’t store that information for long periods of time, she was unable to comply, which let her off the hook.

But the story doesn’t end there. She wanted to share the story of what had happened, but the subpoena barred her from doing so:

Indymedia approached the EFF for help, and by its own estimation, the EFF effectively got the Justice Department to admit that there was no legal basis to the nondisclosure requirement. But according to the EFF, on February 24th, they received a voicemail from Assistant U.S. Attorney Doris L. Pryor saying that she would be seeking a gag order. Eventually, the EFF got the DoJ to back down, and they suddenly dropped communications.

It’s surprising that Glenn Beck and Cory Doctorow could ever find common ground, much less over a left-wing, WTO-bashing organization like Indymedia, but it looks like they may have done so here. Doctorow, an outspoken advocate of civil liberties, was all over this at Boing Boing. Beck’s Tweet about the story was more restrained, but it hinted at sympathies with Indymedia:

Beck claims to be a libertarian, so it’s no surprise that his hackles might be raised by this case. But more broadly, it’s understandable why this could alarm the right-wing media and its consumers. They already have a sense that the Obama administration is out for their heads (cf. the Fox News feud with the White House).That Indymedia leans left is irrelevant; what’s important is that it’s outspokenly political. You don’t have to be a ‘wingnut’ to be concerned about the government trying to ferret out the entire readership of a publication and then bar anyone from talking about it.

The EFF’s Senior State Attorney Kevin Bankston gives a detailed report that provides a fascinating glimpse into the way that backdoor government surveillance programs are run. It’s well worth the read:

…In other words, the government was asking for the IP address of every one of indymedia.us’s thousands of visitors on that date — the IP address of every person who read any news story on the entire site. Not only did this request threaten every indymedia.us visitor’s First Amendment right to read the news anonymously (particularly considering that the government could easily obtain the name and address associated with each IP address via subpoenas to the ISPs that control those IP blocks), it plainly violated the SCA’s restrictions on what types of data the government could obtain using a subpoena. The subpoena was also patently overbroad, a clear fishing expedition: there’s no way that the identity of every Indymedia reader of every Indymedia story was relevant to the crime being investigated by the grand jury in Indiana, whatever that crime may be.

Here’s the sweeping IP request as presented on the EFF’s site: