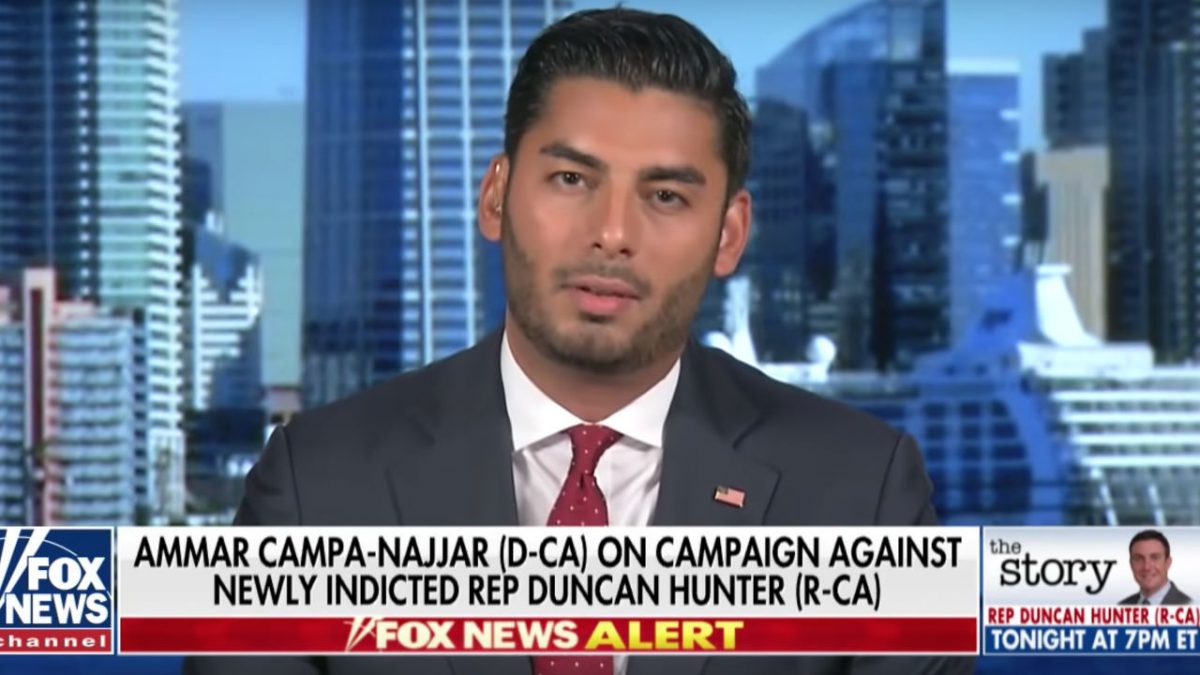 Ammar Campa-Najjar has briefly responded to Fox News’ headline highlighting how he is the grandson of a terrorist directly involved in the 1972 Munich massacre.

The California Democratic candidate, who never actually met his grandfather (who was killed years before he was born), had previously addressed the issue, but the FoxNews.com headline referred to him as “grandson of terrorist.”

As of this writing, the headline is “Dem running against indicted Rep. Hunter rises in race, disavows Munich terrorist grandfather.”

Fox News got some criticism for the headline, and Campa-Najjar––running against indicted Republican incumbent Duncan HUnter––dismissively addressed the controversy:

Campa-Najjar, a Palestinian-Mexican American who worked for the Labor Department under the Obama administration, called the headline unfortunate and a “quick take,” but encouraged readers to look beyond the mention of his grandfather.

“The content is pretty balanced,” Campa-Najjar told Business Insider in a phone call on Friday afternoon, adding: “I’m moving past it.”

Thank you, @ReaganBattalion for showing us that Republicans are still patriots, love their country, and fellow countrymen. Hope @FoxNews learned their lesson.

That’s the whole reason I’ve given my life to this race for 19 months: to put country before party. #TogetherWeCan ?? https://t.co/EYmuJfNoGD

The voters will judge us by our own actions and merits. Onward to November. https://t.co/d9IDRsMbnq