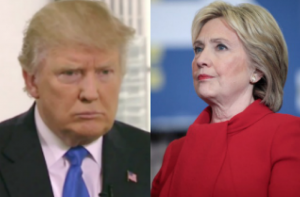 First there was hype (when polls shows an easy night for the frontrunners, particularly Donald Trump). That was followed by the mostly-easy-to-call results, where more than a few pundits felt this would be a powerful start to their analysis: “It’s obviously a good night for Donald Trump…” (Free advice: If it’s so obvious, don’t lead with it).

And then came the almost-simultaneous pivot at around 8:30 PM EST Tuesday to the general election matchup in the form of Trump and Hillary Clinton. We always hear about this (insert year) being the ugliest, most negative election in history. But this upcoming one — featuring two candidates owning easily the highest unfavorables going into this stage ever — will make past campaigns look downright civilized compared to what’s about to be dished out by Trump, Clinton and especially their surrogates… all with no shortage of ego, thin-skin or the will to win.

But how will it play out on television? We got a preview last night that will be mirrored again and again (and again) for the next 194 days until election day.

Step 1: Spilt-screen VO (video only, no natural audio) of Clinton and Trump on the stump in what’s called “talking heads”. Translation: You may be looking at Hillary and Donald speaking in demonstrative fashion on your screen, but the only words you’re hearing come from the anchor or host reading prompter while eventually setting up…

…Step 2: Tennis-volley-flash SOTs (Sound On Tape separated by quick white flashes when transitioning from one candidate or surrogate soundbite to another). These SOTs will come from either Trump or Clinton firing the first verbal salvo, followed by the response of the other. Over the next 194 days – barring a contested GOP convention that looks less likely with each Trump decisive victory – you will see tennis-volley-flash SOTs (TVFS, an acronym just invented) done exactly this way each day and even multiple times per hour if throwing in proactive and reactive Tweets from the Trump and Clinton camps.

Step 3: TVFS will be followed by surrogates (official, unofficial, doesn’t matter) being pitted against each other for 6-8 minutes of talking points debate segment fun, complete with even more pre-rehearsed zingers performed in a greenroom or bathroom mirror prior to going live. Good times! (ugh).

What will be missing from many of these volleys, of course, will be steak (actual deep-dives into policy differences) in favor of sizzle. In the end, these exercises will basically be a 27-week marathon of your average presidential debate recap. And what stands out at debates?

Know this: Producers, hosts, anchors and pundits LOVE zingers. It certainly beats a segment about simplified tax codes or arming the Kurds, as zinger length (8-14 seconds invariably) always works well in reporter packages and the aforementioned Step 2 above. Really… think about it: When researching “Best moments in debate history”, it’s always a zinger and not some profound thought or idea presented that is remembered afterward (minutes, days, weeks, years). In 1980, it was there you go again. In 1984, it was Reagan being self-deprecating about his age against Walter Mondale:

Reagan: “I am not going to exploit, for political purposes, my opponent’s youth and inexperience.”

In 1992, it was Lloyd Bentsen mocking Dan Quayle for declaring he had more experience than JFK before he entered the presidency (Bentsen was beyond ready for this):

In 2000, it was Al Gore droning on about lock boxes while invading George W. Bush’s space (43’s reaction getting looped afterward for weeks). In 2012, it was former CNNer Candy Crowley inserting herself into a debate on how the president originally characterized the Benghazi attacks, an insertion that halted Mitt Romney’s momentum of which he never truly regained.

ROMNEY: I think (it’s) interesting the president just said something which — which is that on the day after the attack he went into the Rose Garden and said that this was an act of terror.

OBAMA: That’s what I said.

ROMNEY: You said in the Rose Garden the day after the attack, it was an act of terror. It was not a spontaneous demonstration, is that what you’re saying?

ROMNEY: I want to make sure we get that for the record because it took the president 14 days before he called the attack in Benghazi an act of terror.

OBAMA: Get the transcript.

OBAMA: “Can you say that a little louder, Candy?”

Crowley would concede afterward that Mitt Romney was “right” on the broader point — that the administration for days insisted it was a spontaneous act. No matter… the damage was done to the GOP nominee when it mattered most in front of 65 million people watching. A bit more drawn out then your average zinger, but a soundbite moment nonetheless. And if you can remember the other 119 minutes from that debate in terms of substance, bless your heart.

In 2016 on Super Tuesday XVIII and the morning after, the analysis felt just as much about the way John Kasich eats and Hillary Clinton screaming at speeches than anything else. So get ready, America! It’s almost time for a presidential campaign waged by two candidates disliked by a majority of Americans that will absolutely produce more zinger soundbites (and failed ones) and zinger Tweets than we’ve ever seen by a factor of 45.

At first this will be amusing, fun, entertaining. But like any device beaten to death, this will get old and arguably depressing in a hurry.