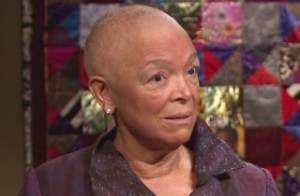 Take this one with a massive grain of salt, but according to the New York Post, insiders claim Camille Cosby not only knew about her husband Bill Cosby‘s many infidelities, but that all the women consented to the drugs he allegedly slipped them.

Seems like a bit of a hard pill to swallow, no? (I’m not sorry for that joke.)

Several unidentified NYP sources say that, after the release of court documents in which the revered comedian admitted to drugging women to sleep with them, Camille — who works as her husband’s manager — called an emergency staff meeting.

Among other things, Mrs. Cosby reportedly ordered their PR team to “get back out in front of this,” claimed that she “created him” and “knew what [she] was getting and we’ll fix this,” ridiculed the media for “making him out to be such a bad guy, a monster,” and scoffed at those who were “jumping ship.”

Perhaps the most damning statement, if true, comes from one of the family’s many employees:

Of course, all of this is second and third-hand, so for all we know, it’s just hearsay. Still, even if any of it is remotely true, it doesn’t really do all that much to bolster Bill’s public image — not that he really has one left. As for Camille, if these are in fact her opinions on the matter, she’ll be hard pressed to defend them against her husband’s many accusers.